HIV cannot multiply by itself. Instead, it must get inside a cell to make copies of itself. When HIV infects a cell, it

takes over the “machinery” of a cell and uses it to make new copies of itself (this is called viral replication). The newly created viruses leave the infected cell and go on to infect other cells. Experts estimate that up to 10 billion copies of HIV may be made every day in a person who is not on treatment.

Understanding how HIV replicates (the viral life cycle) allows us to understand how antiretroviral drugs work. The following illustrations show the distinct steps of the viral life cycle and the class of drugs that interferes with each step. (Appendix B lists all of the currently available drugs, by class.)

HIV is made up of two strands of genetic material called RNA. Along with the RNA, HIV contains three key enzymes:

These enzymes are proteins that help the virus make copies of itself. 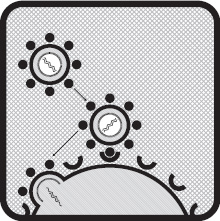 The outer surface of the virus is covered with proteins. Human cells also have proteins on their outer surface, called receptors. These receptors come in millions of different shapes. The HIV virus has proteins on its surface that fit perfectly into the receptors on the surface of certain cells, including CD4 cells, like a key in a lock. Once HIV attaches to these receptors, the virus can fuse with the cell. Then the contents of the virus are inserted into the cell.

Before HIV can infect a cell, it has to bind to not just one, but two receptors on the surface of the CD4 cell. One of these is called the CD4 receptor. The second is called a co-receptor. There are several different co-receptors, including two called CCR5 and CXCR4.

Many drugs are being developed to stop HIV from getting inside a cell. Drugs that stop HIV from joining to the CD4 receptor and fusing with the cell surface are called fusion inhibitors.

Drugs that block HIV from using a cell’s co-receptors are called receptor blockers or co-receptor antagonists. They can have more specific names, based on the receptor they block. For example, CCR5 inhibitors interfere with the interaction between HIV and the CCR5 co-receptor on CD4 cells. 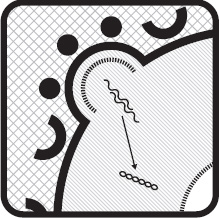 A class of drugs called reverse transcriptase inhibitors slow down or stop the action of the RT enzyme. These drugs come in two subtypes:

Nukes were the first drugs approved for the treatment of HIV. Used in pairs, nukes continue to be a major part (the so-called “backbone”) of most drug combinations. To make up an effective drug combination, the two-nuke “backbone” is paired with a drug (or sometimes more than one drug) from another class. This is usually a non-nuke or a protease inhibitor, but may also be an integrase inhibitor. 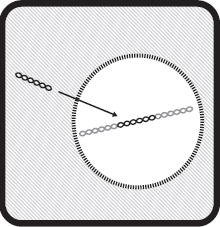 At this point, a second viral enzyme called integrase inserts the newly converted viral DNA into the cell’s own DNA. With the viral DNA integrated into the DNA of the cell, the virus has become part of the cell. This process has been compared to putting a bug in a computer software program. Drugs that stop, or inhibit, HIV from integrating into human cells are called integrase inhibitors.

Steps 4 and 5: Assembly and release—HIV tricks the infected cell into making copies of itself 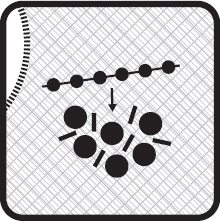 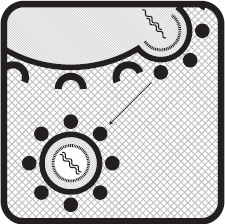 An HIV-infected cell can remain inactive for a long time. If the infected CD4 cell becomes activated, it will start making and releasing new virus. When a new copy of HIV is produced, it starts out as a single long chain of viral protein. The protease enzyme then works like scissors to snip these protein chains into smaller pieces. These newly cut pieces are then assembled into new virus particles, which “bud” from the host cell and go on to infect other cells.

Protease inhibitors (PIs) are drugs that interfere with the action of HIV’s protease enzyme. They prevent protease from cutting the long chains of new viral protein. When PIs are used, new viruses can still be formed, but they are defective and cannot infect new cells.

Researchers are working to develop new and different classes of drugs that interfere with the final steps of the viral life cycle, including the final assembly of the virus particles and budding from the cell.