This appendix looks at how HIV can develop resistance to antiretroviral drugs and how labs test for drug resistance.

At the base of drug resistance is the fact that HIV is a little sloppy about making copies of itself. The new copies often contain changes, called mutations. These small changes in the genetic material of the virus result in changes to the way the virus is put together. Some mutations may allow the virus to replicate even when antiretroviral drugs are being used. This ability to replicate in the presence of antiretroviral drugs is called drug resistance.

If the HIV in your body becomes resistant to one or more drugs, those drugs won’t work anymore. If you keep taking those medications, they won’t stop HIV from replicating and infecting cells in your body. Your viral load will increase and the damage to your body and immune system will increase. This situation is called treatment failure. To get HIV back under control, you and your doctor will likely switch your drug combination, but because you can’t re-use a drug the virus is resistant to, you will have fewer options to choose from.

It is possible to become infected with a strain of HIV that is already resistant to certain drugs. Drug resistance can also happen when you end up with a small amount of drug in the body but not enough to fully suppress the virus. This can happen as a result of missing doses or not taking your antiretroviral drugs regularly. If you’re taking enough of a drug consistently, resistance is highly unlikely. It’s that middle ground—when you’re taking a drug, but not enough of it—that can lead to resistance. That’s why it’s so important to take your meds regularly and on schedule; this is called adherence. (For tips and tricks to sticking to your medication schedule, click here.)

It is possible to do a blood test to check whether your HIV is resistant to any drugs. These tests may be useful in two situations:

In either case, it makes sense to check whether you have virus that is resistant to any anti-HIV drugs and, if so, which ones. In Canada, genotypic tests are routinely used to identify drug resistance. Genotypic tests identify specific mutations in the virus that can lead to resistance to a particular drug.

Both the genotypic and phenotypic tests have limitations. If you only have a small amount of virus that is resistant to a drug, the test may not detect it. As a result, the tests will be able to accurately tell you which drugs will not work for you, but they will not be able to say with certainty which drugs will work.

Resistance test results are complex and are best interpreted by an HIV doctor with a good deal of experience working with viral resistance. In the right hands, and combined with a knowledge of which antiretroviral drugs you’ve already taken, resistance testing can be an extremely useful tool for figuring out which drugs will work best for you.

Part 1: HIV is a weed; treatment stops the weed from growing 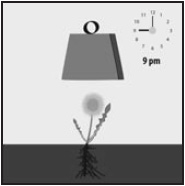 Imagine you had to take your antiretroviral medications once every day, let’s say at 9 pm.

Starting antiretroviral treatment keeps HIV from multiplying inside your body, just like covering this weed with a large block keeps it from growing. 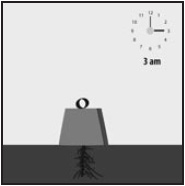 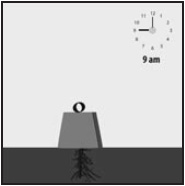 In our analogy, the block gets smaller over the course of the night (3 am) and following day (9 am and 3 pm). 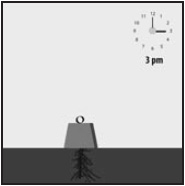 The next night, at 9 pm, you take your next dose and the block over the weed grows back to full size—the same as it was in the first picture on this page. As long as you keep taking your antiretroviral drugs on time, the weed can’t grow back.

Antiretroviral therapy keeps the weed (HIV) from growing but does not kill its roots. Missing doses of your drugs gives the “weed” a chance to start growing again. 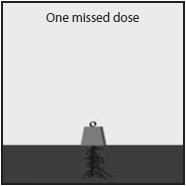 While you should try to not miss a dose of your medication, missing just one dose is probably not enough to stop your treatment from working. When you miss a dose, the block shrinks more than it should and gives the weed a bit of room to grow. But missing just one dose doesn’t give the weed much time to grow. Taking your next dose should squash any tiny bit that had a chance to grow. 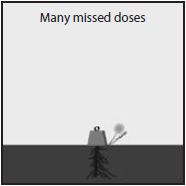 However, if you miss too many doses, the block will get so small that the weed is able to grow back; that is, the virus will start making copies of itself again. 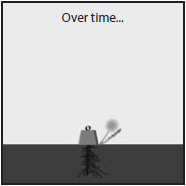 The more doses you miss, the more often the weed roots are exposed and the greater the chance the weed will grow back. Or, for your treatment, the more chances HIV has to start making copies of itself. 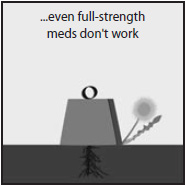 After enough missed doses, the weed will learn how to grow around the block. If that happens, it will keep growing even if the block becomes full size again. In terms of your HIV treatment, the virus will become resistant to the drugs you’re taking. Your viral load will stay detectable even if you go back to taking every dose of your medication. To get the virus under control again, you will have to carefully choose another combination.