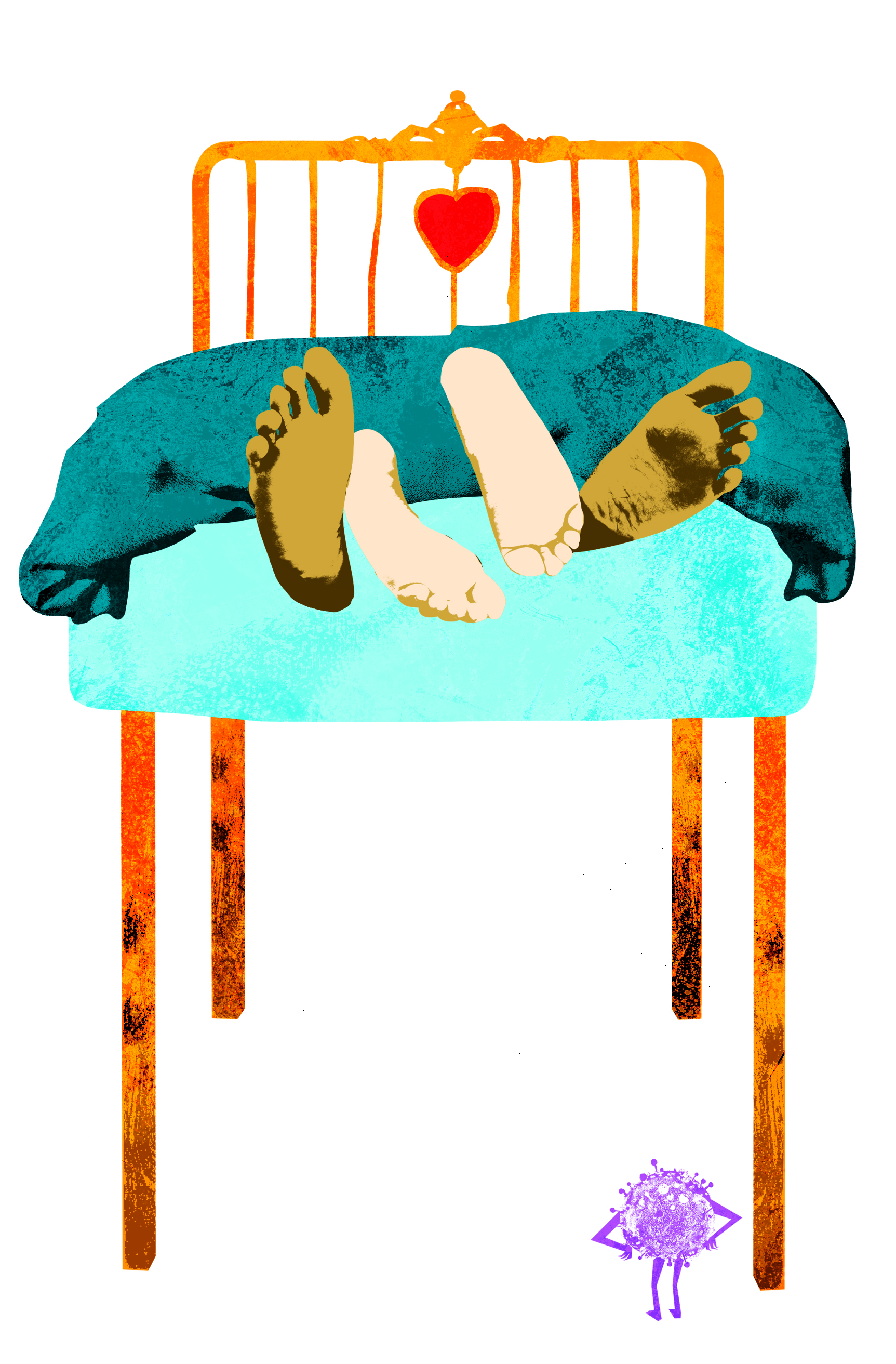 Another huge benefit of taking HIV treatment and maintaining an undetectable viral load is that it can prevent HIV from being passed to the people you have sex with. The science we have to back this up is solid.

Two large studies, called HPTN 052 and the PARTNER study, showed that when HIV-positive people who maintained an undetectable viral load had sex with HIV-negative people, not a single transmission occured. (All of the study participants went for regular healthcare appointments to check their viral load, get tested for other STIs and receive adherence support.)

The HPTN 052 study followed 1,763 heterosexual mixed status couples (one partner was HIV-positive and the other HIV-negative), at 13 sites in nine countries. These couples were having mostly vaginal sex. No HIV transmissions occurred between partners when the HIV-positive partner was on treatment and had an undetectable viral load.

The PARTNER study followed 888 mixed-status couples, at 75 research sites in 14 European countries. This study included both gay and straight couples. All of the HIV-positive participants were on treatment and had an undetectable viral load. Although the couples had unprotected sex—meaning, they did not use condoms, PrEP (pre-exposure prophylaxis) or PEP (post-exposure prophylaxis)—at least 58,000 times, no HIV transmissions occurred between the couples enrolled in the study.

Neither the presence of sexually transmitted infections (STIs) nor possible viral load blips between tests enabled transmission. Although a small number of people were infected with HIV in both studies, these infections either came from a sex partner outside of the relationship or occurred when the HIV-positive partner had a detectable viral load.

Because of these findings and results from other studies, we can confidently say that taking HIV treatment and maintaining an undetectable viral load is a highly effective way to prevent HIV transmission during sex. With or without condoms, if you’re undetectable, you won’t pass HIV to your sex partners. For many people, this new reality is life-changing—transforming the way they feel about sex, their relationships and themselves.

HIV-negative people who are at high risk for HIV transmission can take certain HIV medications to dramatically lower their risk. This prevention method is called PrEP (pre-exposure prophylaxis). PrEP involves taking Truvada before exposure to HIV and continuing afterwards. Research shows that when used as prescribed, it is extremely rare for an HIV-negative person to become HIV positive when using PrEP.

Many people who take PrEP experience no side effects. For those who do, the side effects tend to go away as their body adjusts to taking the medication. Because the use of Truvada for PrEP is relatively new, we do not yet know the long-term side effects.