Figuring out the cause 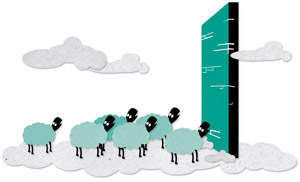 If you are experiencing sleep problems, keep a sleep diary for the week before you see your doctor. It may provide useful information to help diagnose some of the problems. Keeping a sleep diary can be as simple as having a pen and paper by your bed to track some or all of the following:

The sleep diary might also give clues to help your doctor identify insomnia (the inability to sleep) and sleep apnea (slowing or stopping breathing while asleep), two conditions that can occur regardless of HIV infection. However, it is important to remember that there are also specific HIV-associated causes that should be considered as you seek answers for restoring a good night’s sleep.

Sleep problems are possible side effects of certain antiretroviral drugs. Of all the antiretroviral drugs now in common use, the most likely to cause severe sleep problems is the non-nucleoside analogue efavirenz (Sustiva, and in Atripla). This medication can cause insomnia, vivid dreams and nightmares. For some people, the nightmares can be intense and terrifying and can cause repeated wakening in the night. Returning to sleep can be difficult. In many people, these side effects disappear gradually after several weeks on the drug, so waiting out the problem for at least a month is advisable, if possible. For other people, the sleep problems caused by efavirenz continue and stopping the drug is the only solution.

Consider starting efavirenz on a weekend or taking a few days off from work, since it can take a few days to get used to the changes this drug can produce. Generally speaking, it is best to avoid alcohol and street drugs when starting efavirenz. Alcohol and drugs such as marijuana, cocaine and speed can worsen some of the central nervous system side effects of efavirenz.

Doctors often recommend taking efavirenz before bedtime since many of its side effects, such as dizziness, impaired concentration and lightheadedness, are strongest within a few hours after taking the dose. However, if you find that the drug keeps you awake or causes nightmares, taking it in the morning may be better. If you want to take it at night but find that sleep problems continue, try all the standard recommendations for improving sleep listed below. Or try reprogramming your dreams. Sleep researchers have found that most recurrent nightmares can be reprogrammed by repeatedly visualizing the unpleasant dream, and then mentally changing it into something pleasant.

Much less commonly, sleep problems, such as insomnia and abnormal dreams, may be associated with the following other HIV drugs:

As with taking efavirenz, sleep problems may lessen or disappear after a period of days, weeks or months on any of the drugs listed above. Other times, the problem may persist and other options must be considered.

It is important to look honestly at your life to see if stress, anxiety or other emotional health issues could be contributing to your sleep problems. Just living with HIV can cause stress for many. Problems related to relationships, work, family and so on can contribute to sleep problems. Although it can be impossible to fully eliminate all the sources of stress, there are many things that can help reduce the effects of stress on your body, including meditation, deep breathing exercises, yoga, biofeedback and other relaxation techniques. At times, therapy with a good mental health therapist or psychologist can work wonders, especially if you have a lot going on in your head and your life.

Depression is another possible cause of sleep problems. Addressing depression or related emotional problems may help with sleep problems, including insomnia or fatigue. For a full discussion of approaches to treating depression, see the section on Emotional Wellness.

If you are feeling too fatigued for normal life activities and are not being active during the day or not exercising enough, you may find it difficult to sleep normally at night. For a full discussion of approaches to treating fatigue, see the section on Fatigue. With restoration of good energy, you may again be able to do regular exercise (though well before your usual sleep time!).

There are certain infections, including Candida overgrowth, that may be accompanied by insomnia. If you develop insomnia, see your doctor, especially if you have any other symptoms that could indicate an infection. In some cases, insomnia can be your earliest warning of an infection in need of treatment.

Deficiencies of certain nutrients, especially vitamin D and vitamin B12, are very common in people with HIV and can contribute to sleep problems.

Vitamin D deficiency has been linked to depression. Since that can, in turn, cause sleep problems, restoring vitamin D to optimal levels may be very important for improving sleep. See the full discussion of this vitamin in the appendix.

Vitamin B12 has been shown in studies to be deficient in many people with HIV, and the deficiency can begin very early, even in the asymptomatic stage of HIV. Deficiency of vitamin B12 can result in serious problems, including depression and chronic fatigue. Each of these can, in turn, contribute to sleep problems. Some people do not realize they are fatigued because they are driving their bodies with their minds. They plow ahead, more or less refusing to acknowledge their fatigue. Giving these people sufficient B12 may actually help them to slow down, feel more peaceful inside, and get better sleep. For an expanded discussion on the need for vitamin B12 in people with HIV, see the appendix.

Other B vitamins are also frequently deficient in people with HIV and deficiency of almost any individual B vitamin or of the whole B vitamin complex can contribute to the development of anxiety or depression that, in turn, can cause sleep problems. The best approach to ensuring you have all the B vitamins you need to prevent such problems is to take a supplement that contains the whole B complex.

A number of hormone changes common in HIV disease can contribute to the development of sleep problems.

It is important to consider the possibility that menopause could be contributing to sleep problems. It is not uncommon to develop sleep problems at this life stage. Hot flashes and night sweats can disrupt normal sleep sufficiently to cause fatigue the next day. They can occur during the night without causing waking, making it difficult to identify it as the source of the problem. In such cases, testing of female hormone levels followed by discussion with your doctor of whether hormone replacement therapy is appropriate will be important. Although long-term use of hormone replacement therapy is not generally recommended because of possible increases in the risk of heart attack, stroke and several cancers, short-term use can sometimes be useful for improving sleep.

Inadequate levels of testosterone or thyroid hormones, which can be deficient in both men and women, are a frequent cause of depression and fatigue in people with HIV. Since both of these can contribute to sleep problems, measuring natural levels and, where necessary, providing replacement therapy to restore the hormone to optimal levels may be very important for restoring good sleep. Tests of thyroid function should be a standard part of your regular blood tests. Be sure to ask your doctor to check the results of these tests. Checking for testosterone levels requires a separate blood test you can ask for.

Melatonin is the body’s natural sleep promoter. People with HIV may have decreased levels, so supplementing melatonin may improve sleep. Research has shown that for insomnia, taking the melatonin two to three hours before your desired bedtime is optimal. It is best to start with a low dose of melatonin and then increase it if necessary. Doses of only 100 to 300 mcg (0.1 to 0.3 mg) will be sufficient for most people.

The traditional glass of warm milk helps because it provides a dose of tryptophan, a precursor to the chemical serotonin, which is involved in the induction of sleep. A more effective boost to serotonin is the supplement 5-hydroxy-tryptophan (5-HTP). 5-HTP is an effective sleep aid. Doses of 50 to 150 mg of 5-HTP one hour before bedtime work for many people. It’s important to take it with 50 mg of vitamin B6 because vitamin B6 is used to convert 5-HTP to serotonin. (However, 5-HTP should not be taken by people who are also taking medicines for treating depression or anxiety.) The addition of glycine (500 mg) to this package may also help since it is a calming amino acid and seems to increase the overall effect in summoning sleep.

Aromatherapy may also help induce sleep. Essential oils of lemon balm, lavender or chamomile are considered calming. Using these can be as simple as putting a few drops on a cotton ball and leaving it in the room or near your pillow. These oils can also be put in bath water or added to a small vaporizer or humidifier.

There are homeopathic remedies that may help with sleep problems. Calms Forté is a homeopathic remedy that many people find useful in relaxing them enough to allow them to drift off to sleep. Another possibility is the Bach Flower Remedy called Rescue Remedy, a plant essence preparation that many people have reported seems to help reduce anxiety. A few drops under the tongue summons a calming effect.

Acupuncture has also been found to be very helpful for people experiencing sleep problems. A qualified acupuncturist can choose the right combination of points to treat.

There are several herbal remedies that may help with sleep. The traditional cup of chamomile tea before bedtime can be quite useful. Other herbs that can have a calming effect to help you drift off to sleep are valerian root, hops and passion flower.

Ask your pharmacist about effective, non-addictive, over-the-counter medications available for short-term use. Gravol, an anti-nausea medication, or Benadryl, an antihistamine, often cause drowsiness as a side effect. However, these should not be used for more than a few days as prolonged use can raise the risk of developing anxiety and depression. Benadryl can also cause dry mucosal membranes.

Talk to your doctor about prescription sleeping aids. Sleeping medications should normally only be used short-term and in the lowest effective dose in order to help re-establish a good sleep pattern. They are not recommended for long-term use. Medication possibilities include zopiclone (Imovane), lorazepam (Ativan) and temazepam (Restoril). The antidepressants trazodone (Oleptro) or mirtazapine (Remeron) can help some people. Some of these drugs can interfere with antiretroviral drugs, particularly protease inhibitors, so ask your doctor and pharmacist about possible interactions.

Night sweats are common when people with HIV are not taking treatment, but they can also happen even when people have been on successful therapy for a long time. Night sweats may also result from other serious infections or cancers. You should tell your doctor if you begin to have night sweats since they could be an early sign of a serious problem.

Night sweats can be very uncomfortable and disrupt sleeping. Putting towels on the bed and having an extra set of sleeping clothes handy can limit the disruption of having to deal with soaked bedding. People who consistently sweat extensively during the night can lose considerable electrolytes (normal chemical compounds in the blood), including sodium, potassium and chloride. See the section on Diarrhea, Gas and Bloating for suggestions on replenishing electrolytes.