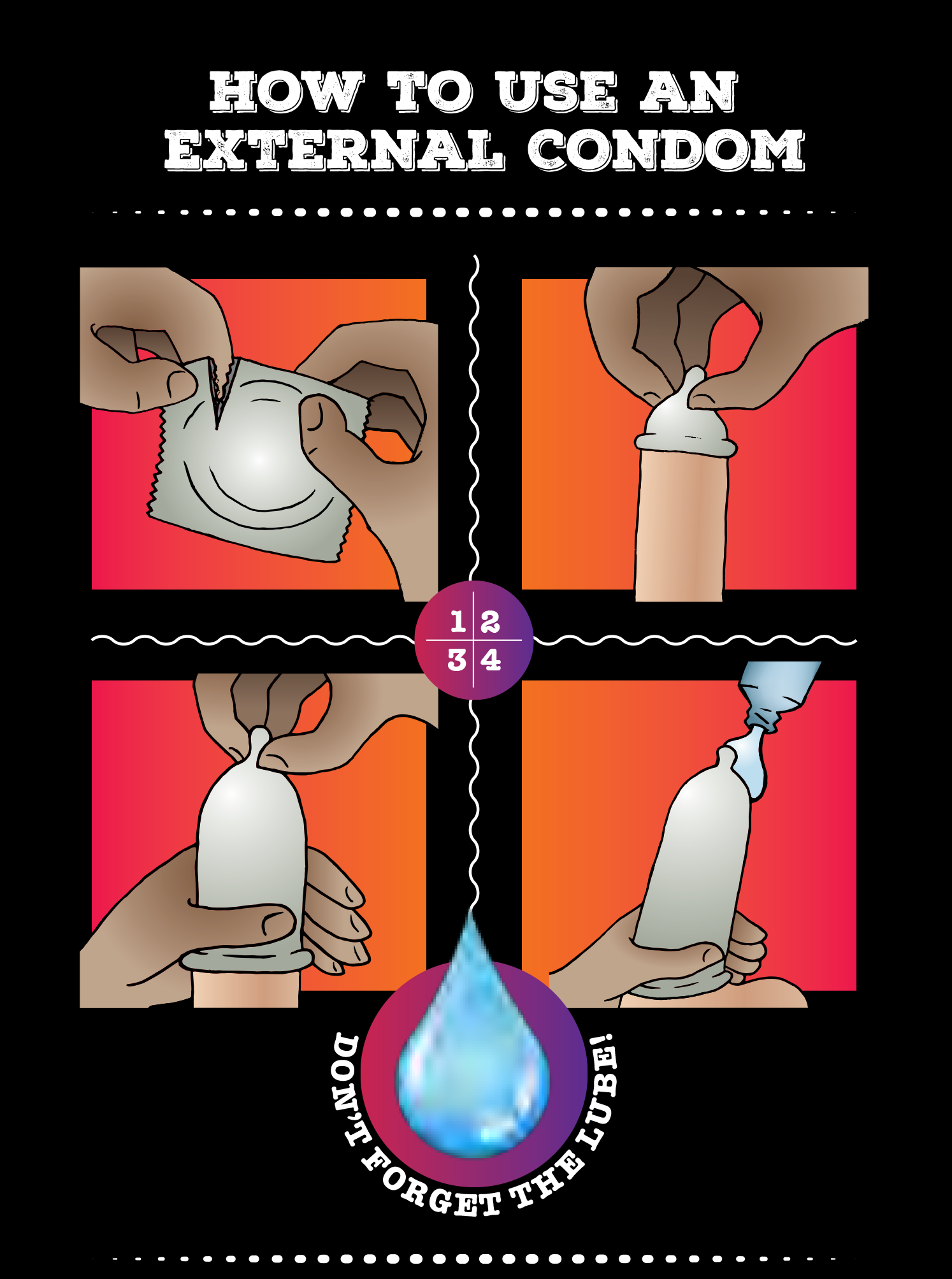 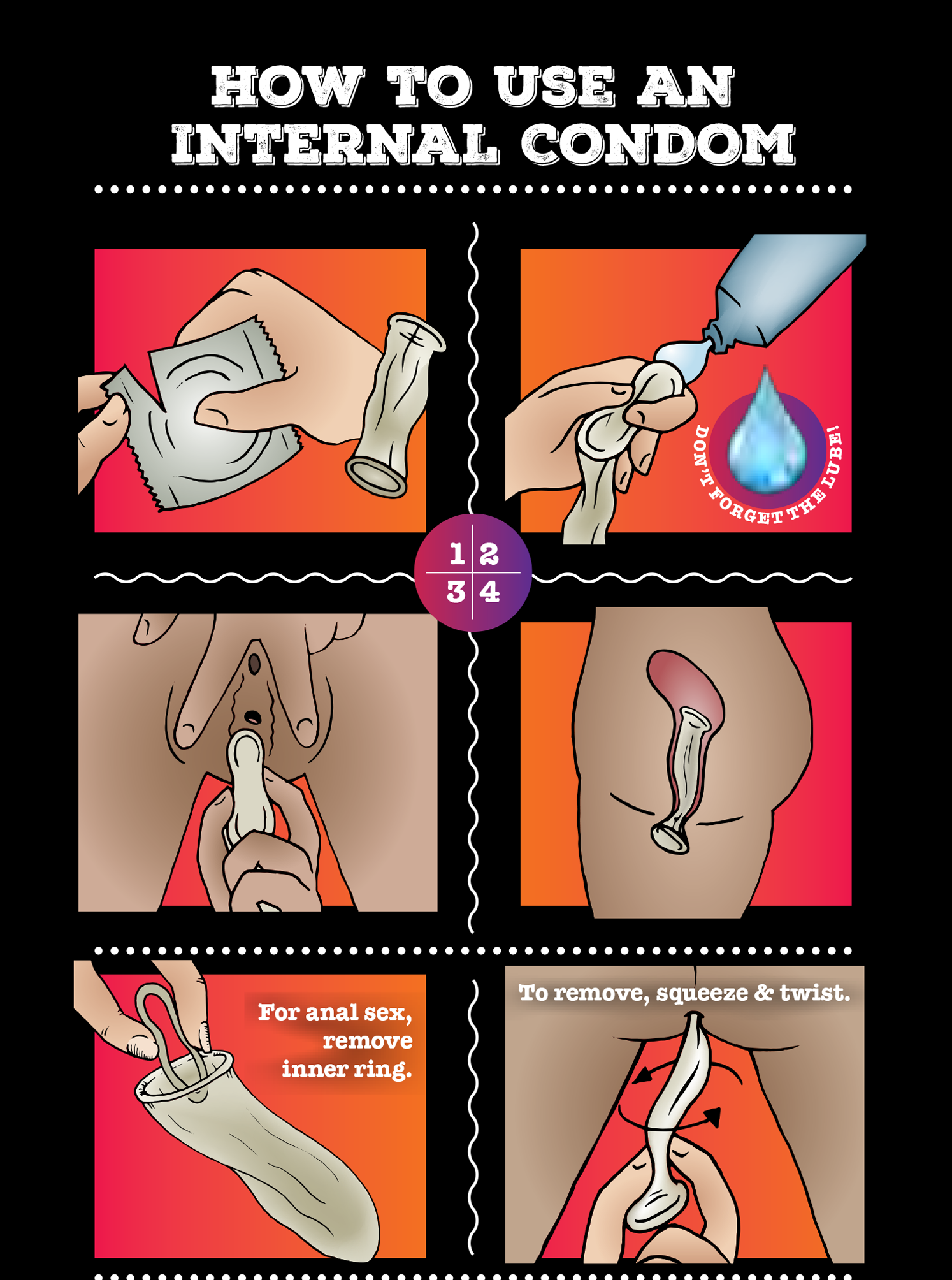 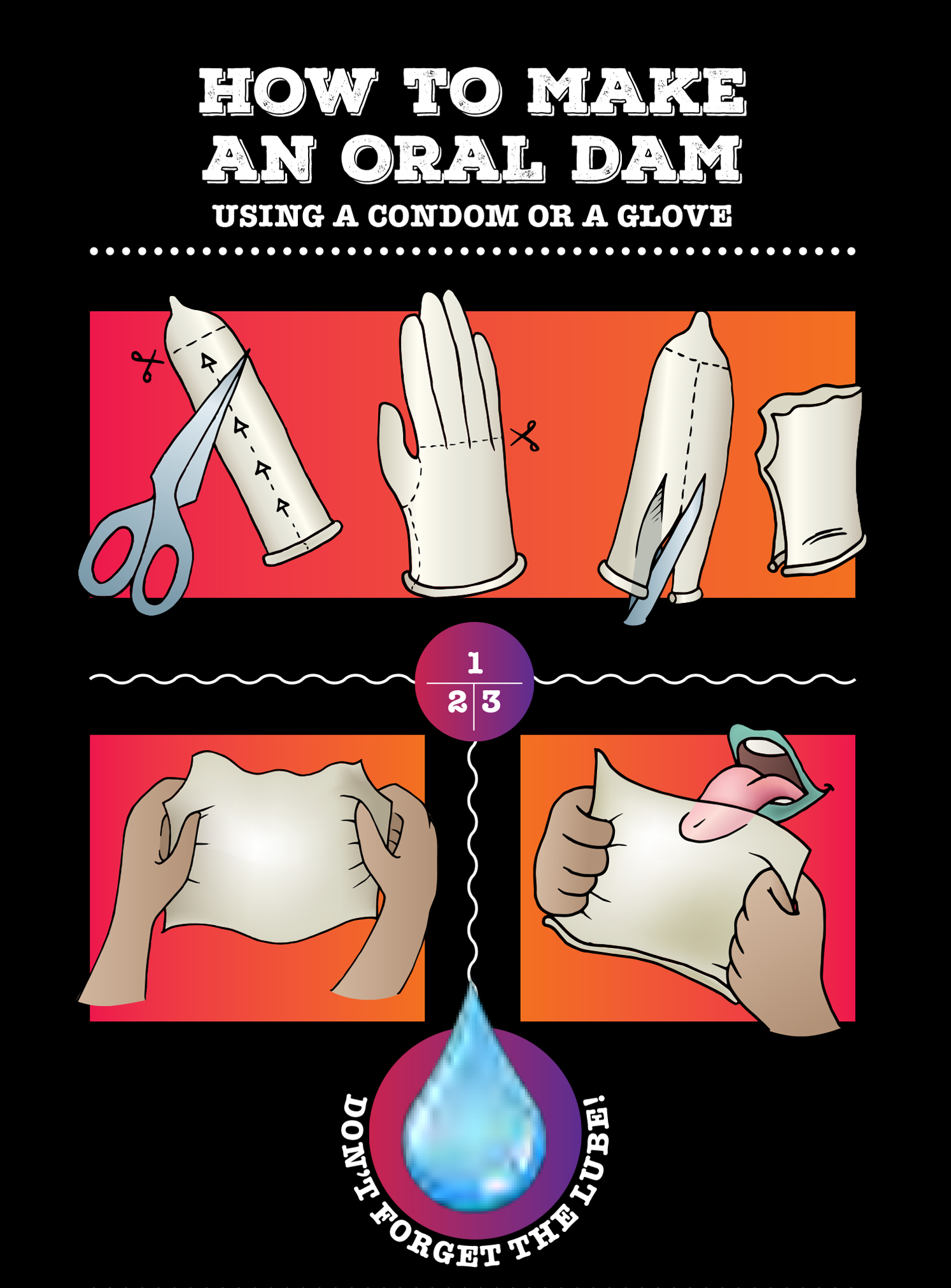 Using condoms correctly and consistently can signifiantly reduce your chances of passing or getting HIV and other STIs. There are two types of condoms available. The external condom (sometimes known as the male condom) is a sheath made from polyurethane, latex or polyisoprene that covers the penis during sex. The internal condom (sometimes known as the insertive or female condom) is a pouch made of polyurethane or a synthetic latex material called nitrile that can be inserted into the vagina or anus. (There are also lambskin condoms, which prevent pregnancy, but do not reduce the risk of getting or passing HIV or STIs.) Make sure that you use a new condom each time you have sex. If you are having sex with more than one person at a time, use a new condom with each partner. Use a condom on inserted sex toys (such as dildos) and an oral dam between the skin and vibrators.

Using a lubricant (lube) not only helps make sex feel good, it also reduces friction, making it less likely for a condom to break during sex. Using lube also helps to reduce cuts and tears during sex, making it harder for HIV and other STIs to enter the body. Be sure to use a water-based or silicone-based lube when using a condom. Oil-based lubricants, such as baby oil or coconut oil, can cause the condom to break or get damaged, even if you can’t see it.