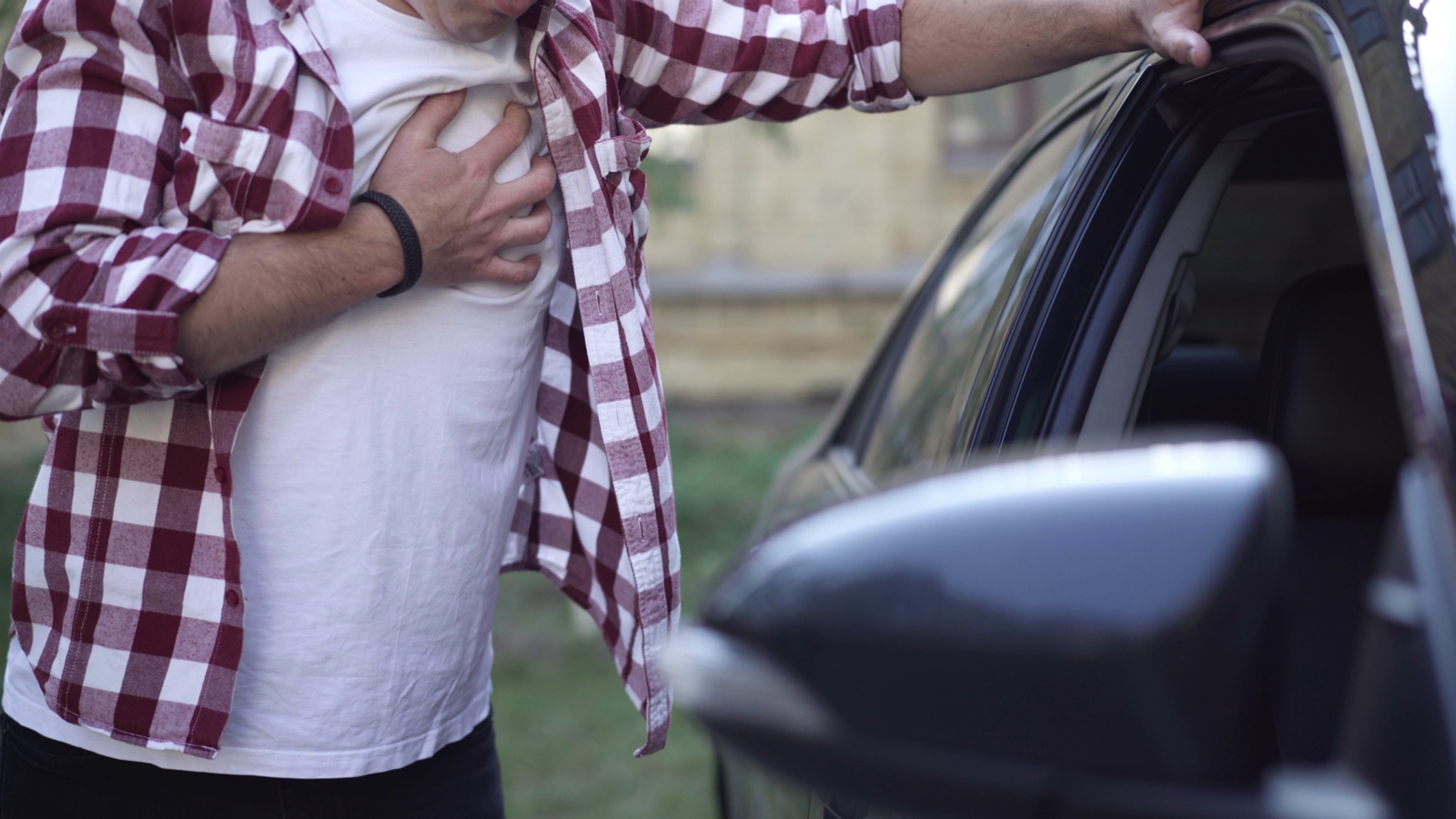 To find out whether there are similar associations in people with HIV, researchers in several large clinical centres in the U.S. conducted a study. Specifically, they sought to explore the effect of persistent difficulty falling asleep and/or staying asleep on the risk of a heart attack. They monitored more than 12,000 people with HIV for about four years. The researchers found that there was a 65% increased risk of having a subtype of heart attack in people with HIV who had insomnia. Although many people in the study had sleeping problems, the proportion with heart attacks connected to insomnia was relatively low. The reasons for this increased heart attack risk are not clear and require further investigation.

About heart attacks and their classification

The technical term for heart attack is myocardial infarction.

A sticky substance called plaque can build up over time in the lining of blood vessels, narrowing them. Plaque consists of a mix of cholesterol, other materials and cells of the immune system. Plaque can sometimes erode (due to the passage of blood) or may become dislodged. When either of these events happens spontaneously, a blood clot can form. If the clot is sufficiently large, it can reduce or block the flow of blood. If the affected blood vessel with the clot normally feeds oxygen-rich blood to the heart—such vessels are called arteries—then the heart can become starved of oxygen and nutrients. When this happens, the heart becomes injured and parts of it begin to die.

In the case of type 2 heart attacks, the flow of oxygenated blood to the heart is significantly reduced due to coronary artery disease in concert with other factors, such as abnormal heart rhythms, severe anemia or sudden large changes in blood pressure. These can be triggered by the consequences of severe bacterial infection, the sudden narrowing of blood vessels due to stimulant use, and low oxygen levels.

The study clinics had well-established approaches for diagnosing and classifying different types of heart attack.

Researchers at large HIV clinics in Alabama, California, North Carolina and Washington State cooperated in a study on heart attack risk in people with HIV.

At the start of the study and every six months after (for as long as people were in the study), participants would visit the study clinics and complete a series of questions about a number of health-related issues, including sleep. Researchers focused on insomnia.

A total of 12,448 people were recruited for the study. Their average profile upon study entry was as follows:

The study took place between 2005 and 2018; on average, participants were in the study for around four years.

Over the course of the study, there were 267 heart attacks in people who had none previously. The heart attacks were distributed as follows:

Researchers applied statistical analysis to their findings, considering possible issues that could have contributed to a heart attack. Once they accounted for pre-existing cardiovascular disease, stimulant use and other factors, they found that HIV was not associated with an increased risk of type 1 heart attack.

Upon further data analysis, they found that HIV likely contributed to a 65% increased risk of type 2 heart attack. Poor control of HIV viral load (that is, persistently detectable viral loads) was “not solely responsible” for the relationship linking HIV and the increased risk for type 2 heart attack. So, it is possible that HIV’s impact on the heart occurs differently. We will return to this point later.

The researchers found that there were many additional possible contributors to type 2 heart attacks (though these were never as statistically strong as the link between HIV and type 2 heart attack risk) in the present study, including the following:

But these percentages total 56%, so there are likely other potential contributing factors to type 2 heart attacks in this study.

Some other potential issues that could have contributed to insomnia and/or cardiovascular disease in this study are as follows:

Researchers explored the effect of depression on subsequent development of a heart attack. Insomnia can be a symptom of depression. However, there were insufficient type 2 heart attacks in the study to draw firm conclusions about the role of depression as a contributing factor.

One factor that was unmeasured was sleep apnea. The researchers did not have data on this problem so could not assess its impact on heart attack risk.

A separate and smaller study has found that some people with HIV consume excess caffeine (from coffee, tea, cola and energy beverages) and that this excess was linked to insomnia.

People with HIV would have likely changed their regimens several times over the course of the study as treatment guidelines evolved and new, generally better-tolerated medicines became available. It is plausible that a very small minority of people could have had insomnia driven by exposure to some anti-HIV drugs. However, this is not common and persistent sleeping problems would have caused some people to change their regimens.

It is not likely that there was a link between HIV medicines and heart attack risk (and since drugs used in ART regimens have changed over time, it would be difficult to find such a link over the course of this study). Past research has found that, in some cases, exposure to the drug abacavir was associated with an increased risk for heart attack. But when closely investigated, this association was largely confined to people with pre-existing cardiovascular disease risk factors, including kidney disease, smoking, injecting street drugs and/or use of cocaine. In the current era, treatment guidelines caution physicians about the use of abacavir and it is no longer in widespread use.

Z-drugs—the name given to the drugs zopiclone, zaleplon and zolpidem—are a certain class of drugs used to help people sleep. At least one large study in HIV-negative people has found an association between the use of such drugs (taken at least three times weekly) and an increased risk for serious cardiovascular disease (heart attack, stroke, and so on). Unfortunately, there were no data on this in the present study.

The role of HIV

In a previous 11-year study with about 3,000 HIV-positive veterans, researchers found that participants with insomnia had a 64% increased risk for a heart attack (the classification of heart attack in that study was unclear). These findings are similar to the present study’s findings of a 65% increased risk of a type 2 heart attack.

Researchers are not certain why sleeping problems are common in studies of people with HIV. Some scientists think that underlying mental health issues may account for some of the sleeping problems. Others think that in some people psychosocial issues may be involved. Another potential cause of sleep problems advanced by researchers in the present study is cumulative injury to the brain and nerves caused by exposure to proteins produced by HIV-infected cells. The brain appears to be a reservoir for HIV, even in people who use ART, so this idea of HIV somehow affecting the health of the brain (and sleep) over the long term is plausible.

The length of time it took for some participants to initiate treatment and achieve an undetectable viral load may also have been an issue. Such a period of time—for some people it could have been years—would have exposed the heart, nerves and brain to relatively high levels of HIV’s harmful proteins.

This is the second study to find an association between insomnia and the subsequent risk of heart attack in some people with HIV. The study team can hopefully continue to analyze the long-term health of people with HIV to better understand possible contributing factors to cardiovascular disease and heart attacks. Insomnia research and treatment are important, as persistent problems with sleep can degrade quality of life and apparently have serious consequences for a person’s health.

Exploring the issue of heart attack in HIV – CATIE

Trends in non-HIV dementia in people on HIV treatment (ART) in the U.S. – CATIE

For professionals: Heart diseases and conditions – Government of Canada