Trends in non-HIV dementia in people on HIV treatment (ART) in the U.S. 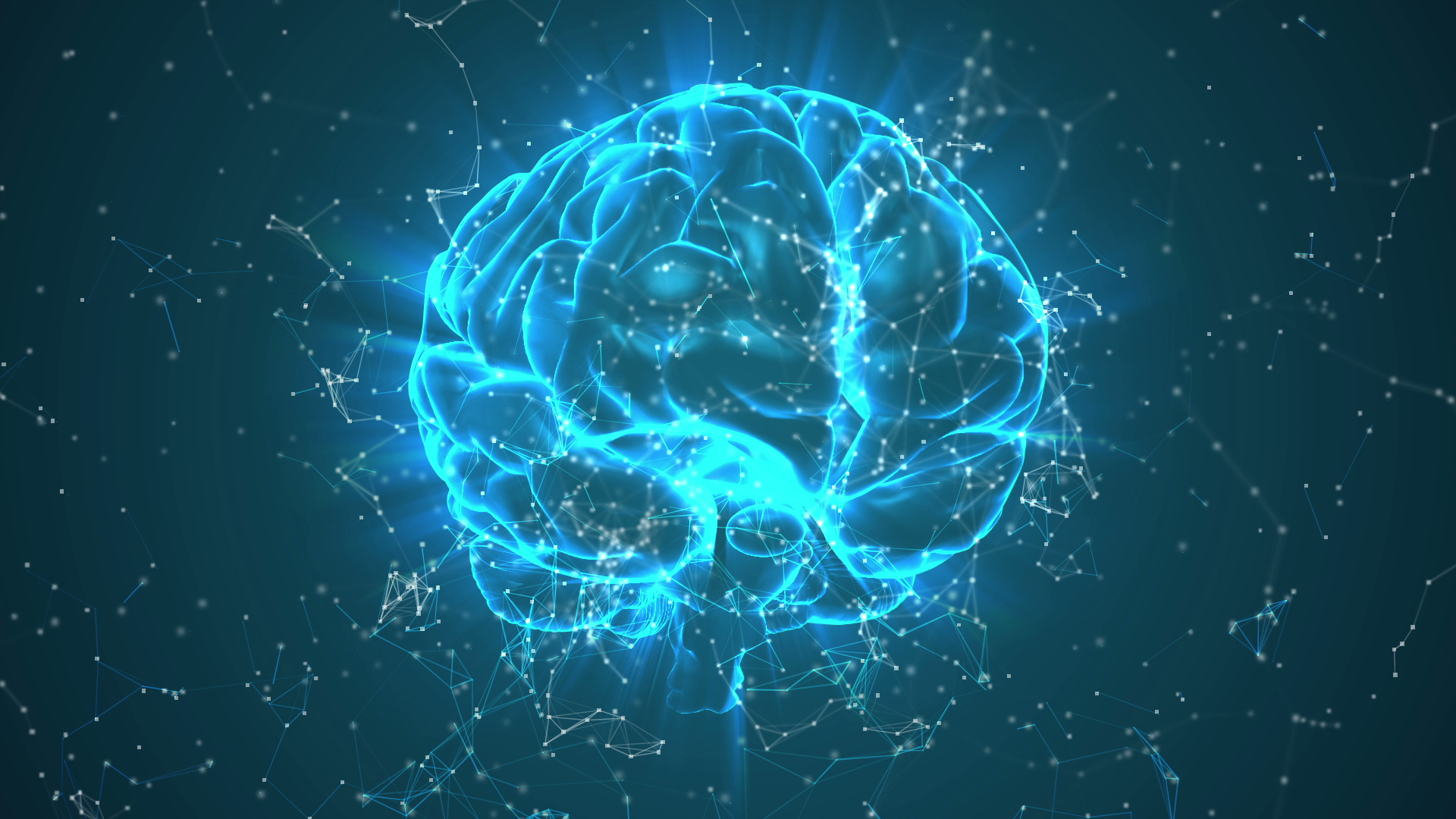 In the early 1980s when the HIV pandemic was first recognized, doctors and patients became aware that some people with the disease were developing HIV-related brain problems with thinking clearly, reasoning and memory. In severe cases, dementia and a loss of personality occurred. These problems were happening because HIV-infected cells of the immune system had traveled to the brain where they released new copies of HIV and viral proteins. Both the virus and its proteins can cause inflammation within the brain and degrade brain health. In cases of severe HIV-related immune deficiency (AIDS), the brain could become susceptible to serious infections by other viruses, bacteria, fungi and parasites. These other germs could create an additional layer of harm to this vital organ.

A change thanks to effective HIV treatment

Beginning in 1996, the widespread availability of ART led to a greater proportion of people with suppressed levels of HIV in their body. In turn, this led to a better-functioning immune system and improved overall health. Dementia related to HIV has become comparatively rare in Canada and other high-income countries in the current era.

Another beneficial effect of ART is that many people who take this therapy as directed and maintain a suppressed level of HIV will have a near-normal life expectancy. This means that issues of aging that affect HIV-negative people can also affect HIV-positive people. One such issue is dementia. This CATIE News bulletin will focus on research about dementia that is not related to HIV.

About dementia in general

“Dementia is the loss of cognitive functioning—the ability to think, remember, or reason—to such an extent that it interferes with a person’s daily life and activities. These functions include memory, language skills, visual perception, problem solving, self-management, and the ability to focus and pay attention. Some people with dementia cannot control their emotions, and their personalities may change. Dementia ranges in severity from the mildest stage, when it is just beginning to affect a person’s functioning, to the most severe stage, when the person must depend completely on others for basic activities of daily living.”

Older age is the main risk factor for developing dementia that is unrelated to HIV.

Dementia is not inevitable

NINDS makes an important point: “Dementia is not the same as age-related cognitive decline—when certain areas of thinking, memory, and information processing slow with age, but intelligence remains unchanged. Unlike dementia, age-related memory loss isn’t disabling. Occasional lapses of forgetfulness are normal in elderly adults. While dementia is more common with advanced age (as many as half of all people age 85 or older may have some form of dementia), it is not an inevitable part of aging. Many people live into their 90s and beyond without any signs of dementia.”

Dementia associated with aging and neurodegeneration

NINDS goes on to state: “Dementia is also not the same as delirium, which is usually a short-term complication of a medical condition and most often can be treated successfully. Signs and symptoms of dementia result when once-healthy neurons (nerve cells) in the brain stop working, lose connections with other brain cells, and die. While everyone loses some neurons as they age, people with dementia experience far greater loss.”

According to NINDS, some dementias associated with aging and neurodegeneration are as follows:

Studies have suggested that problems arising from cardiovascular disease affect the health of people with HIV as they age, so we now delve a bit further into VCID.

NINDS explains VCID in the following way: “VCID cause significant changes to memory, thinking, and behavior. Cognition and brain function can be significantly affected by the size, location, and number of brain injuries. Vascular dementia and vascular cognitive impairment arise as a result of risk factors that similarly increase the risk for cerebrovascular disease (stroke), including atrial fibrillation, hypertension, diabetes, and high cholesterol. Symptoms of VCID can begin suddenly and progress or subside during one’s lifetime. VCID can occur along with Alzheimer’s disease. Persons with VCID almost always have abnormalities in the brain on magnetic resonance imaging scans. These include evidence of prior strokes, often small and asymptomatic, as well as diffuse changes in the brain’s ‘white matter’—the connecting ‘wires’ of the brain that are critical for relaying messages between brain regions. Microscopic brain examination shows thickening of blood vessel walls called arteriosclerosis and thinning or loss of components of the white matter.”

A study on dementia unrelated to HIV

Researchers with Kaiser Permanente, a healthcare delivery system in the U.S., analyzed and compared health-related information collected between the years 2000 and 2016 from about 13,000 HIV-positive and 155,000 HIV-negative people. Specifically, the researchers focused on diagnoses of dementia unrelated to HIV in the medical records of participants.

The researchers found that, overall, diagnoses of dementia decreased over time in both populations studied. However, new cases of dementia were more common among HIV-positive than HIV-negative people. This may inadvertently alarm some readers, but it is noteworthy that the proportions of people with dementia were relatively low.

Dementia can degrade quality of life and become disabling. Therefore, the researchers who conducted this study called for more research to explore more deeply the factors contributing to what they called the “persistently elevated dementia risk among ART-treated [people].”

Data from each HIV-positive person was matched with data from at least 10 HIV-negative people of the same age, gender, ethno-racial group, year they enrolled in Kaiser and so on. This matching made the profile of participants as similar as theoretically possible, with the obvious exception of HIV status.

The distribution of participants was as follows:

The average profile of HIV-positive participants was as follows:

Participants were monitored for an average of about six years. Due to the complex way that healthcare is made available in the U.S., some people change healthcare delivery systems from time to time.

Over the course of the study, the proportions of participants who were diagnosed with dementia unrelated to HIV were distributed as follows:

Researchers found that as the study progressed new diagnoses of dementia decreased in both study populations. However, when dementia did occur, it was more likely to occur in people with HIV than people without HIV. Even in the most recent years of the study—2015 to the end of 2016—the overall distribution of dementia was more common among HIV-positive people.

When researchers considered many factors, they found that new cases of dementia unrelated to HIV were 58% higher in people with HIV in the most recent years of the study (2015 to the end of 2016).

Among people with HIV, the most common dementia subtype was related to cardiovascular disease, as was found in the previously mentioned Northern California study (Michael Silverberg, PhD, Kaiser Permanente, personal communication).

The researchers noted that other recent studies among HIV-negative people in the U.S. have also found a declining trend in dementia diagnoses. The researchers are not certain why this trend in the larger population has occurred. However, they speculated that “improved prevention and management of cardiovascular risk factors for dementia as well as population-level improvements in educational attainment” were factors that played a role in the decline of a range of dementias in HIV-negative people.

The researchers theorize that the greater number of diagnoses of non-HIV-related dementia in people with HIV may be due to what they called “growing evidence that cognitive aging may be premature and/or accelerated among people with HIV.”

The study did not have large proportions of people with dementia, so it could not produce statistically reliable analyses of risk for subtypes of dementia.

Also, it is possible that since the researchers were not responsible for making the diagnoses, misdiagnoses could have been made and entered into the patients’ medical records. That is, some people with severe HIV-related neurocognitive impairment could have been classified as having dementia due to cardiovascular or other causes. The study team did not have access to analyses of spinal fluid or MRI (magnetic resonance imaging) or other scans of the brains of participants who were diagnosed with dementia.

The present study’s design was observational, so its findings are not definitive. However, the trends reported in this study are in general alignment with some findings from other studies.

Such research is important because scientists project that by the year 2030 in the U.S. 54% of people with HIV will be 50 years and older, and 23% will be 65 and older. Broadly similar trends will occur in Canada and Europe in the years ahead.

Exploring the issue of heart attack in HIV – CATIE

For professionals: Heart diseases and conditions – Government of Canada