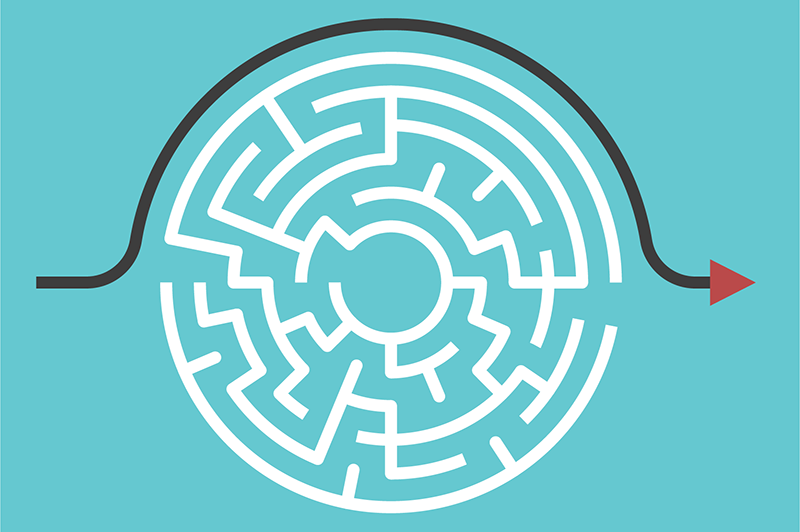 In 2017, it was estimated that nearly 200,000 people in Canada were living with chronic hepatitis C,1 a curable infection that if left untreated can lead to complications such as cirrhosis and liver cancer. However, many people are unaware of their infection because they have not been tested for hepatitis C or they have not completed the testing process. If a person does not get tested and diagnosed, they will not be linked to treatment and care, increasing their risk of developing liver problems in the long term.

The most common form of testing in Canada, known as standard two-step testing, presents a significant barrier to the diagnosis of a current hepatitis C infection. This is because two tests and multiple appointments are often required. A newer form of testing, called reflex testing, simplifies the hepatitis C testing process, thereby reducing barriers to diagnosis. This article will explain how reflex testing works and will explore how it improves upon the standard two-step testing approach and how it fits into a comprehensive and tailored approach to hepatitis C testing in Canada to reach the undiagnosed.

In most cases, two tests are required to diagnose a current hepatitis C infection: a screening test and a confirmatory test. All hepatitis C tests used in Canada require a blood sample.

The first test (screening test) screens the blood for the presence of hepatitis C virus antibodies and determines if a person has ever had the virus. If the screening test is positive for hepatitis C antibodies, a second test (confirmatory test) is required to confirm whether the person has a current hepatitis C infection. The confirmatory test detects the presence of virus in the blood. It is performed to rule out spontaneous clearance of the virus (25% of the population will eliminate the virus from the body without treatment within six months) or past treatment and subsequent cure.

A person who has had a past hepatitis C infection will always screen positively for hepatitis C antibodies. If a person who is known to have had hepatitis C in the past is suspected to have become re-infected, the two-test process would not be required; only a confirmatory test would be performed to confirm a current infection.

The multiple appointments required to confirm a current hepatitis C infection are a barrier to diagnosis and one reason why people remain undiagnosed and therefore untreated. In Canada, research suggests that only 70% to 85% of individuals with a positive hepatitis C antibody test go on to take a confirmatory test.1 This challenge is not unique to the Canadian context; the gap between the completion of screening and confirmatory tests in the hepatitis C testing process has also been demonstrated in the United States.2,3

The nature of the standard two-step testing process makes it more likely that people will be lost throughout the testing stage. There are several ways in which the need for multiple appointments to confirm a diagnosis can be a barrier, including the following:4

What is reflex testing?

Reflex testing, also called “one-step diagnosis,” is a relatively new method of hepatitis C testing in Canada. Reflex testing uses a single blood sample to complete both screening and confirmatory tests. This means that a person does not have to have blood taken a second time if they test positive for hepatitis C antibodies. Instead, some of the original blood sample that tested positive for hepatitis C antibodies is automatically used for confirmatory testing.5 This makes the testing process more convenient for the person being tested and reduces the risk of not completing the testing process.

Reflex testing can also be performed on dried blood spot (DBS) samples, where a sample of blood drops is collected from a finger prick on a piece of filter paper, dried and transported to a laboratory. This form of sample collection is not yet widely used across Canada for hepatitis C testing. For most regions, reflex testing would require drawing blood from a person’s vein for sample collection.

Types of tests used in Canada

When compared with standard two-step testing that uses two separate blood samples for both screening and confirmatory testing, reflex testing (use of the same sample for both tests) has been demonstrated to perform equally and reliably for confirming a current hepatitis C infection.2,7

One consideration for reflex testing is that if the blood sample is improperly stored, there is a risk that the RNA in the sample may degrade, although the chance of a positive sample degrading enough to result in a negative test result is low.2

Reflex testing closes the gap from screening to confirmatory testing

A tailored approach to hepatitis C testing in Canada

Reflex testing has been implemented by some regions with the intent to address a significant challenge with standard two-step testing: multiple visits required for a hepatitis C diagnosis. Although reflex testing makes a valuable contribution to ensuring confirmatory testing is completed and hepatitis C is diagnosed for people who get tested, challenges also exist in ensuring that people at high risk for hepatitis C initiate the testing process. Although reducing the number of visits with reflex testing will certainly have its advantages, there are other forms of hepatitis C testing that address other known challenges associated with standard two-step testing.2 These approaches are used to different extents across Canada and may not be available for use in all regions.

DBS is a sampling method that can be used to screen for and diagnose hepatitis C and other blood-borne viruses. If technology to ensure the proper storage and transportation of a blood sample is unavailable, use of DBS can ensure blood remains stable on a card in transit to a laboratory for testing. This can be helpful in rural and remote settings where standard two-step testing can be a challenge because of limited access to laboratories (e.g., remote Indigenous communities).11-13

The point-of-care (POC) screening test is another testing method that is useful for people who face multiple barriers to accessing health services. The POC test, which uses a blood droplet from a finger prick, allows a person to receive hepatitis C antibody test results at the testing site, at more diverse locations. If the screening result is reactive, the person can be counselled in real time and linked to or provided a confirmatory test. POC testing can help address barriers to accessing health care services and can be integrated into a range of settings, including harm reduction services, drug treatment programs, shelters and other low-threshold and outreach programs. Further, as POC testing is done via a finger prick, it also provides an alternative for the initial screening (antibody) test for people whose veins are difficult to draw blood from.

Finally, rapid POC testing for hepatitis C RNA is a confirmatory test that can provide a person with a hepatitis C diagnosis in a single visit.14 Similar to POC screening tests, this method delivers a rapid result, can be used in low-threshold settings and requires a blood droplet from a finger prick. The advantage of POC hepatitis C RNA testing is that it can be used to diagnose a current infection whereas a POC screening test will only detect a past exposure to hepatitis C.14 This method is not approved for widespread use in Canada, but its use is currently being explored n a research context to determine how this technology could be utilized in certain settings.

Implications for the future

Reflex testing is a reliable and convenient method of testing that has been demonstrated to ensure that a confirmatory test is completed for everyone who receives a positive result on a screening test for hepatitis C antibodies. This is a critical step in the pathway to a cure for individuals, as getting tested is the only way to receive a diagnosis, which is required for a person to be eligible for and formally linked to treatment.

Beyond simplifying the testing process, another advantage of ensuring that a confirmatory test is completed for everyone with a positive test result for hepatitis C antibodies is the potential for Canada to accumulate better data to create a more accurate national picture of current hepatitis C infections in this country.

The expansion of available testing methods for hepatitis C is promising progress on the road to elimination of hepatitis C. There is no one-size-fits-all option for hepatitis C testing because of the differences in populations, settings and availability of various testing technologies across the country, but testing methods can be tailored to improve testing uptake and eventual linkage to care and treatment. As such, the Blueprint to Inform Hepatitis C Elimination Efforts in Canada recommends that reflex testing (among other testing modalities, such as POC screening testing and DBS testing) be made available across Canada.15

It is important to note that not all regions will have reflex testing available. The availability of testing technologies in Canada is approved at the federal level by Health Canada. Different testing technologies are then implemented at the provincial/territorial level. The availability of reflex testing is largely dependent on the capacity of laboratories to conduct internal validations and implement processes for this type of testing. As such, scaling up reflex testing in the provinces and territories will take time and resources. Service providers can consult their local public health laboratory to confirm the types of testing available in their region.

For Canada to meet its World Health Organization targets for hepatitis C elimination, individuals who are unaware of their infection must be linked to testing. Reaching the undiagnosed will require further expansion of and access to different testing methods across the country, most importantly confirmatory testing to diagnose a current infection. As the implementation of reflex testing can help to reach the undiagnosed in their region, service providers may choose to advocate for increased access to this testing method.

Curing hepatitis C: What you need to know

Shannon Elliot is CATIE’s knowledge specialist in hepatitis C. She has a master of public health degree and has held knowledge mobilization, policy and research positions in the areas of medical education, sexual assault and intimate partner violence.