Recent HIV infection: What role does it play in HIV transmission? 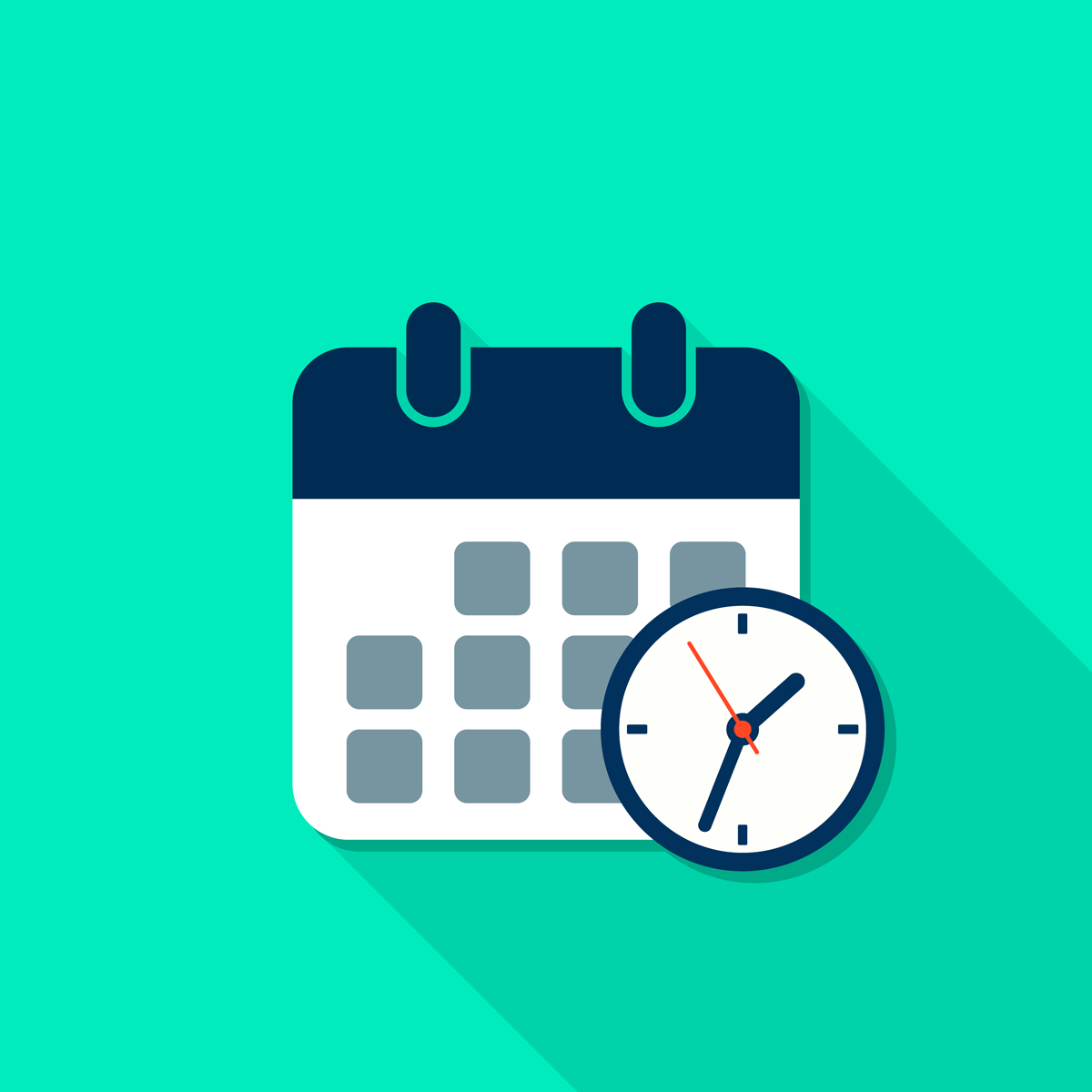 People with a recent HIV infection may be more likely to transmit HIV to others due to high levels of the HIV virus in the body at this time. Early identification and initiation of treatment in individuals with a recent HIV infection is important for their health and quality of life. Successful HIV treatment also eliminates the risk of sexual HIV transmission by reducing the amount of virus in the body to undetectable levels. This article will explore why people with a recent infection may be more likely to pass HIV to others and what service providers can do to help prevent these transmissions.

What happens in the body after an HIV infection?

To understand why people with a recent HIV infection are more likely to transmit HIV to others, we need to look at what’s going on in the body after HIV infection occurs.

After someone gets HIV, the virus begins to replicate very quickly and the amount of virus in their body and bodily fluids (such as the blood, semen, vaginal fluid and rectal fluid) rises rapidly.1 This is known as the acute HIV infection period. Within a few weeks after infection, the amount of virus in the body (also known as the viral load) becomes very high — often millions of copies per millilitre of blood. As the viral load increases, some people experience symptoms, such as feeling like they have a flu, while others have no symptoms at all.

Within a few weeks after infection, the body’s immune system begins to fight back against the virus. An important part of this immune response includes the production of HIV antibodies — small proteins made by certain immune cells — which can target the HIV virus and help prevent it from multiplying. The amount of time it takes for the body’s immune system to produce HIV antibodies varies from person to person; it can take up to three months in some individuals.1 When the body begins producing antibodies, the acute infection stage ends, and the person is now in the chronic infection stage.2

At the beginning of the chronic stage, the rate of HIV replication begins to slow down and the viral load gradually decreases because of the production of antibodies. The viral load continues to decrease steadily for about six months, at which point it reaches a “set point” where it stays relatively stable. However, over many years, the viral load gradually increases again if the person is not taking HIV treatment.1

Why is there an increased chance of HIV transmission when a person has a recent infection?

The heightened chance of transmission when a person has a recent HIV infection is due to a combination of biological and behavioural factors.

One reason for the increased chance of HIV transmission when someone has a recent HIV infection is that there are very high levels of the virus in the blood and bodily fluids during the early HIV infection stage. Research shows that the higher the viral load, the greater the risk of passing HIV to others.3,4,5,6

But a high viral load alone is not enough to transmit HIV to another person. A person with a recent HIV infection also needs to be engaging in activities that can lead to the transmission of HIV, such as having unprotected sex (for example, not using condoms) or sharing injection drug use equipment. Research tells us that people with a recent and unknown HIV infection are more likely to be engaging in high-risk activities than people who have had HIV for a longer time.7,8,9

There are two possible explanations for this. First, people with a recent HIV infection may be in a period of their life where they are frequently engaging in the practice(s) that led to their recent infection, such as having unprotected sex or sharing drug use equipment.8 Second, because their infection was recent, people may not know they have HIV and may falsely assume they are HIV negative. Research shows that when people become aware of their HIV infection and are provided with access to prevention and care services, most take measures to reduce their risk of transmitting HIV to others.7,10

How many transmissions originate from someone with a recent infection?

It is difficult to measure what proportion of HIV transmissions originate from someone with a recent infection.11,12,13 Many of the studies that have been done rely on mathematical models because it is impossible to measure exactly what stage of infection a person was at when HIV was passed. Estimates from modelling studies range widely, from less than 1% to 82%, and depend on many factors.13 It is likely that the effect of early infections is not the same in every country or in every population.

A recent modelling study in the United States, a country with an HIV epidemic similar to Canada’s, estimated that acute infection accounted for just 4% of HIV transmissions. While this estimate is fairly low, the study showed that people with a recent infection had a heightened chance of passing HIV compared with people in other stages of infection.10 Those who have an acute HIV infection and are unaware of their status had the highest transmission rate (16.1 per 100 person-years). Transmission rates were lower among people who:

While there is debate about how much of a role recent infection plays in driving the HIV epidemic, it is clear that the chance of transmission is heightened during this time. These studies reinforce the benefit of frequent testing for people at risk for HIV and of beginning treatment as soon as possible after testing positive for HIV infection. They also highlight the importance of ensuring that people with HIV have ongoing access to treatment both for their own health and to fully realize the prevention benefits of treatment.

What are the challenges associated with diagnosing people with a recent HIV infection?

Some people may not test at all or test regularly enough to detect an infection as soon as possible. They may believe that they are not at risk for HIV infection despite engaging in activities that put them at risk and they may not know how often they should test. In addition, there are barriers that can prevent people from getting an HIV test, such as fear of stigma and discrimination and lack of comfort discussing HIV testing with a healthcare provider. As well, healthcare providers may lack knowledge about HIV or may not feel comfortable taking about HIV, and as a result they may not offer a test to someone who would benefit from testing.1

The window period varies depending on the test used.14 The most common approach to HIV testing in Canada is called standard testing, which requires a blood draw from the arm. Because it detects both antibodies and the virus itself, it has a fairly short window period, between two and 6.5 weeks. The other approach to testing is rapid testing. Rapid tests (like the point-of-care test and the self-test) look for antibodies only, so they are not able to detect infection before the person has built up enough antibodies to show up in the test. The window period for rapid tests is longer, between three and 12 weeks.

Therefore, if someone suspects they have had a recent exposure to HIV, the standard test is more likely to detect the infection. No matter what test a person takes, infections can be missed if the person was tested during the window period. It is best practice for the individual to be tested again at the end of the window period to help rule out an infection.

Another challenge with diagnosing a recent HIV infection is that, apart from a positive HIV test result, there are no definitive signs that someone has HIV. Only some people with a recent HIV infection will experience symptoms. When symptoms are present, they are not specific to HIV. Some of the most common symptoms of acute infection include fever, muscle aches, headache, diarrhea, sore throat and/or a rash. Many people who experience these symptoms may confuse them with those of another illness (such as the flu or COVID-19) and not seek HIV testing.1 Some people may seek care for their symptoms caused by HIV infection but are not offered a test by the healthcare provider.15,16 This may be because the healthcare provider assumes that the symptoms are caused by something else.15

Because of these challenges, many people with a recent HIV infection may be unaware of their status.

Your organization may be able to play a role in overcoming these challenges, by identifying the individuals facing the challenges, linking them to care and treatment and reducing the risk of HIV transmission.

To encourage greater uptake of testing and help to prevent transmissions during the early stage of infection, service providers can provide the following:

Mallory Harrigan is CATIE's knowledge specialist, HIV testing. She has a master’s degree in community psychology from Wilfrid Laurier University.