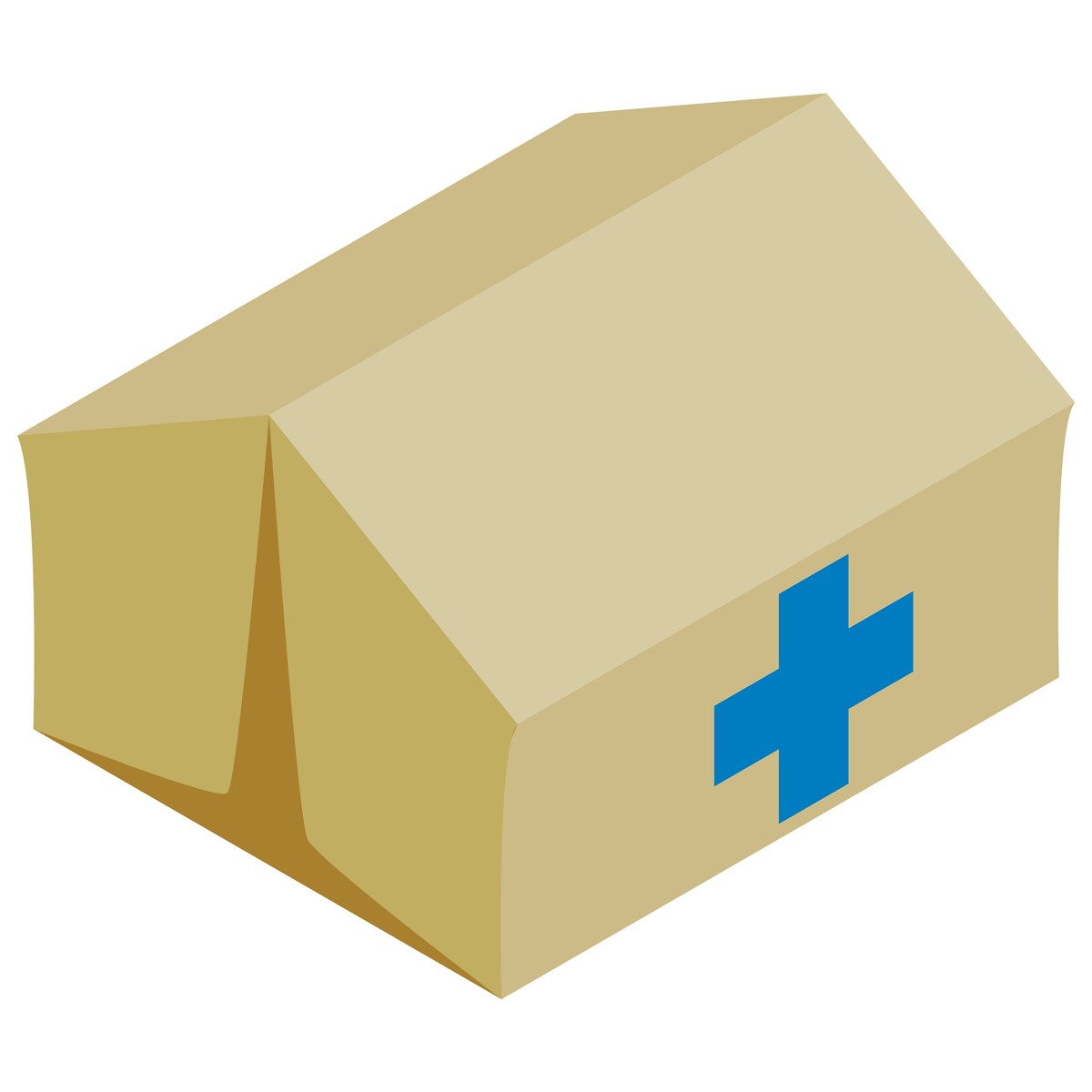 Supervised consumption services (SCS) and overdose prevention sites (OPS) are playing increasingly important roles in Canada’s current harm reduction response to illicit drug use. SCS provide sterile drug use equipment for people to use pre-obtained drugs in a safe and clean space, supervised by trained staff. They also provide a range of services to comprehensively address drug-related harms, such as HIV and hepatitis C transmission and overdose, and the social determinants of health for people who use drugs. They exist in many countries worldwide, including Canada, where over 25 sites have opened. This article will review the evidence demonstrating that SCS reduce risky drug use practices that are linked to infectious disease transmission, reduce the frequency of fatal overdose and provide linkage to services that can improve the overall health of people who inject drugs. The article also includes information on OPS, which are similar to SCS but can be set up more rapidly in the current Canadian context of a nationwide overdose crisis.

A national epidemic of drug overdose

Canada is experiencing an epidemic of opioid-related overdoses that is affecting people who use drugs and their communities in many parts of the country, although some regions have been impacted more than others. In 2016, there were 2,946 opioid-related deaths in Canada. From January to September 2017, there were 2,923 opioid-related deaths, representing a 45% increase compared to the same time period in 2016.1 The majority of these deaths (92%) in 2017 were determined to be accidental (that is, the person did not commit suicide).1 This indicates that street drugs are being mixed with toxic substances or more potent drugs than the user expects or is accustomed to, often the powerful opioid fentanyl or its stronger analog carfentanil.

Notably, the above numbers do not account for the many overdoses that do not result in death. The Canadian Institute for Health Information estimated that, in 2014–2015, there were on average 13 hospitalizations for opioid poisoning every day in Canada.2 This number has likely increased along with the number of overdose deaths in more recent years.

In response to this worsening crisis, frontline service providers and people who use drugs have advocated strongly for the scale up of proven effective interventions that can curb the overdose rate and promote the health and safety of people who use drugs.

Supervised consumption services (SCS) are one type of harm reduction intervention that has recently experienced rapid scale up across the country. At an SCS, people can inject (and sometimes snort or swallow) pre-obtained drugs with sterile drug use equipment, in a safe and clean space that is supervised by trained staff. Less commonly, some SCS also allow people to smoke or inhale illegal drugs.

Canada’s first legally sanctioned SCS, Insite, opened in Vancouver in 2003. This operated as the only legal site until 2016 when a second site in Vancouver obtained legal approval.3 Ongoing high rates of HIV and hepatitis C among people who use drugs alongside a worsening epidemic of fatal overdoses has prompted other cities across the country to seek approval to establish new sites. The overdose epidemic and its high death toll has also prompted the Canadian government to simplify the SCS application process, making it easier to open an SCS.3 Since mid-2017, at least 27 new legally sanctioned SCS have opened in Alberta, British Columbia, Ontario and Quebec, with several more applications currently under review.4 So far, only one SCS that allows users to smoke drugs exists in Canada (in Lethbridge, Alberta).

To get legal approval for a SCS in Canada a site must apply for an exemption from federal drug laws that prohibit the possession of illegal drugs.5 The application requires evidence supporting a need for a site to exist, whether the site will impact crime surrounding the site, community consultation, and demonstration that regulatory systems and appropriate resources are in place to run a site.3

What are the goals of supervised consumption services?

The primary goals of SCS are consistent across sites worldwide, although the design and operation of SCS can differ based on the local needs and context in which they operate. SCS aim to reduce the harms associated with illegal drug use through the following public health and public order goals:6,7

SCS offer a combination of services and supports to comprehensively address the above goals.8 Typically, in Canada, SCS provide:

Other services that may be offered include:

The available studies on SCS effectiveness measure indirect outcomes of HIV and hepatitis C transmission (for example, reductions in behaviours that can transmit infectious diseases) rather than HIV and hepatitis C incidence. Evidence shows that use of SCS by people who inject drugs reduces needle and syringe sharing, which can transmit HIV and hepatitis C.6,7 When people who use drugs participate in less borrowing and lending of used needles, there is less opportunity for HIV and hepatitis C transmission to occur. A meta-analysis of three studies (two from Vancouver and one from Spain) estimated that SCS users were 69% less likely to share needles and syringes compared to those who did not use the SCS.9,10,11,12 Research has found that SCS use is also associated with other safer drug use practices such as less public and outdoor injection, less needle reuse, and safe disposal of used injecting equipment.6,7

There is also a body of evidence from needle and syringe distribution programs, which shows that providing sterile injecting equipment is associated with reductions in injecting risk behaviours and reduced HIV transmission rates among people who inject drugs.13,14,15 Providing sterile equipment is a core component of the services provided through SCS.

Evidence shows that SCS are effective at achieving other positive outcomes

Research suggests that SCS can reduce overdose events and deaths when established in communities where injection drug use is prevalent.6,7 For example, when Insite first opened in Vancouver there was a 35% reduction in overdose deaths in the surrounding vicinity of the site.16 Additionally, a recently published systematic review states that there has never been an overdose death reported inside an SCS.6 SCS establishment has also been associated with reductions in opioid-related emergency department visits and overdose-related ambulance calls.6,7

Although concerns exist that SCS use may discourage entry into substance use treatment, available evidence suggests the opposite is true. SCS have been found to increase referrals to and uptake of programs such as detoxification and opiate substitution therapy (OST).6,7 Uptake of OST can reduce or eliminate injection drug use and has been shown to reduce injection risk behaviours and HIV rates among people who inject drugs.17 Research also shows that SCS use is associated with greater likelihood of accessing medical care when needed, and that SCS provide opportunities to access other services located on or off-site, such as nursing, counselling, HIV testing, mental health care, and support for basic needs.6

Finally, research suggests that SCS are effective at reducing public drug use and discarded injection equipment, and that they do not contribute to increases in drug-related crime in the areas surrounding SCS.6,7

In September 2016, activists set up an unsanctioned “pop-up safe injection site” in Vancouver’s downtown east side, in response to a growing number of overdose deaths and increasing demand on capacity at Insite, the local SCS.3 This consisted of a tent where people could be supervised when injecting or smoking drugs and receive emergency overdose response as needed. As other similar “pop-up” sites began to open in B.C., they became formally known as overdose prevention sites (OPS), and eventually came to be supported by the B.C. Ministry of Health.3 OPS now exist in several provinces to help address the overdose and drug-poisoning crisis that is currently happening across the country. In December 2017, Health Canada gave all provinces and territories the ability to apply for a class exemption and be granted the power to approve temporary (3 to 6 months) OPS based on urgent need, without requiring the same lengthy application process to receive an exemption from federal drug laws for an SCS.5

OPS differ from SCS because the primary goal of an OPS is to help prevent and respond to drug overdoses. In an OPS, peers or other (typically non-nursing) staff can monitor people who have used drugs for signs of overdose. When an overdose occurs, there can be rapid intervention using naloxone or providing oxygen if needed. Compared to SCS, OPS are also simpler in physical layout3 because they are set up more quickly and intended to be temporary. OPS have been integrated into existing healthcare and social service settings3 but have also been set up in makeshift spaces such as trailers and shipping containers, in addition to tents. Despite these differences, OPS may offer many of the same services provided by SCS, to address other drug-related harms for people who use drugs. However, the low barrier and often peer-based approach of OPS can help to attract more marginalized people who use drugs into these harm reduction services.

Example of an OPS and its community impact

The first OPS in Ontario opened in Moss Park in downtown Toronto in August 2017. This initially unsanctioned and entirely volunteer-run site began in a tent, then moved inside a trailer, and will be relocating to a nearby indoor space in summer 2018. The Moss Park OPS has collected anonymous data on all people using the site for injection monitoring since August 19th, 2017. As of March 31st, 2018, there have been 6,600 visits to the site, with women accounting for 32% of visits.18 The majority of clients (88%) reported injecting opioids during their visit, with fentanyl being the most popular drug, injected at 54% of visits.18

During this time period, site volunteers responded to 201 overdoses and no deaths occurred. Of the 184 overdoses for which data was available, 54 (29%) were reversed with naloxone and 130 (71%) were managed with oxygen, stimulation or monitoring.18 Although the number of overdose events per month has remained relatively stable, the proportion of clients reporting fentanyl use has increased dramatically since the site opened (from 26% using fentanyl in August 2017, to 79% in March 2018).18 As of mid-February 2018, the Moss Park OPS had distributed over 1,840 naloxone kits to help reduce overdose deaths in the wider community.19

There are many resources available that communities and organizations in Canada can use for guidance around applying for and operating SCS or OPS.

Supervised Consumption Services: Operational Guidance
BC Centre on Substance Use, 2017

A Public Health Guide to Developing a Community Overdose Response Plan
Centre for Addictions Research of BC, 2017

Camille Arkell is CATIE’s Knowledge Specialist, Biomedical Science of Prevention. She has a Master of Public Health degree in Health Promotion from the University of Toronto and has been working in HIV education and research since 2010.