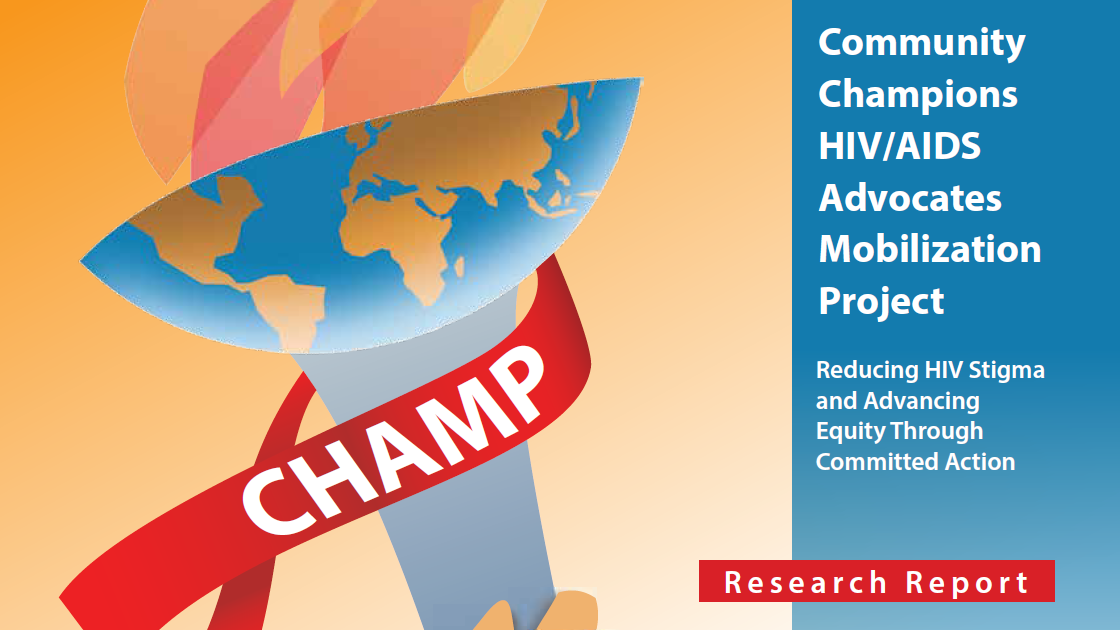 Between 2012 and 2015, the Committee for Accessible AIDS Treatment (CAAT), a coalition of over 30 legal, health and HIV service organizations, conducted the CHAMP intervention study.

The goal of CHAMP, which stands for Community Champions HIV/AIDS Advocates Mobilization Project, was to evaluate two innovative and culturally relevant training programs to reduce HIV stigma and promote the championing of HIV-related issues amongst Asian, Black and Latino communities in the Greater Toronto Area. The training programs were informed by lessons learned from previous research and extensive community engagement and consultation.

Racial minority and newcomer communities bear a disproportionate burden of HIV in Canada. Data from the Public Health Agency of Canada shows that ethno-racial minority newcomers accounted for about 13.9% of new HIV infections in 2014 while making up only 2.5% of the Canadian population.1

The elevated risks of HIV in racial minority and newcomer communities are associated with complex factors, including a lack of access to culturally and linguistically inclusive services, stressors related to migration and settlement, and experiences with intersecting discriminations such as racism, homophobia, and HIV stigma.

Research has shown that fear of HIV stigma and discrimination often discourages HIV disclosure, reinforces the invisibility of people living with HIV, and perpetuates silence about HIV/AIDS issues, especially in racial minority communities.2 The lack of visible leadership from people living with HIV and community allies to champion HIV issues within these communities undermines effective HIV prevention education and support. It also reinforces community denial about the negative impact of HIV, which in turn heightens stigma and discrimination. This creates barriers for people living with HIV to access services and poses challenges in prevention education for the public. In response to these needs, CAAT launched the CHAMP intervention study.

We developed two stigma-reduction training programs: Acceptance Commitment Therapy Training (ACT) and Social Justice Capacity Building (SJCB). We wanted to find out whether SJCB was effective in reducing HIV stigma on its own, and whether a combination of the ACT + SCJB led to greater impact in stigma reduction and activism empowerment.

ACT is a training that takes place over four half days which promotes self-awareness and the openness to experience all thoughts and feelings, including unwanted ones such as fears, shame, and stigma about HIV. It uses experiential learning activities to enhance participants’ ability to let go of their ‘fused’ identities from socialization, focus on what really matters to them, and to take committed action toward realizing their valued life goals. In the ACT sessions, participants were first introduced to the key concepts of ACT, which include six processes3,4 (see Figure 1).

Through a series of mindfulness practices and experiential exercises, participants reflect on the random nature of judgment and stigma, become aware of their own avoidance and control strategies in response to stigma, and develop skills that enable them to observe their experiences from a new perspective. The training also supports the participants to focus on their experience of the present moment, recognize thoughts as thoughts, clarify their core values and life aspirations, and develop plans of action guided by their values. ACT learning activities support participants to stay on their course of action despite various challenges, stigma, and distractions.

SJCB, which also spans four half days, is a training that promotes a critical understanding of how unequal power relations in society contribute to social exclusion and health disparities. It uses a collaborative learning approach of dialogue and reflection to challenge stigma and promote mutual empathy among participants of diverse backgrounds. The training helps participants to develop skills in advocacy and community mobilization (see Figure 2). In the SJCB sessions, participants are introduced to the concepts of social justice, equity and determinants of health. Through the use of interactive activities, including evidence-based scenarios of social exclusion and debriefing on the group dynamics,5 participants are supported to gain insights on how structural oppressions work and how social training shape their responses to injustice.

The SJCB training also helps participants to reflect on the impact of self-stigma and fear of disclosure for participants living with HIV, and the challenges of taking a stand on controversial issues for HIV-negative leaders. At the same time, participants have the opportunity to engage in sharing their personal experiences and their collective histories in overcoming stigma and discrimination, and identifying common threads of resilient strategies and inspirations for change. In small group discussions and through role-play, participants engage in examining current challenges that get in the way of their wellbeing and relationships; identifying individual, communal, and systemic barriers to health equity; and developing their strategies in addressing stigma and discrimination in real-life contexts.

How was CHAMP carried out?

Each of the training sessions were co-facilitated by two research team members and two HIV-positive peer research associates from one of the three targeted ethno-racial communities. Each training group was made up of 10 to 15 participants. Ground rules, confidentiality agreements, and trust-building exercises were conducted with all groups at the beginning of the training to establish a safe and open learning environment.

After participants completed their training sessions, they were invited back to two networking sessions three and nine months after the training. During these sessions, they shared their post-training experiences applying their CHAMP skills in their personal and work lives, and explored opportunities for joint actions.

Extensive qualitative and quantitative data were collected from the participants before and after the training. These include questionnaires made up of validated scales related to HIV stigma, anti-oppressive attitudes and intentions, psychological flexibility, and sense of empowerment; and focus group interviews to capture participants’ perspectives and experiences. In addition, participants submitted monthly activity logs on their engagement in stigma reduction and HIV championship activities over nine months after completing the training.

Our research showed that the arm of the study where individuals participated in both ACT and SJCB reduced stigma among participants after the intervention. People living with HIV showed reduced self-stigma. Among  HIV-negative community leaders we found decreased HIV/AIDS stigma. All groups showed statistically significant improvements in the areas of empowerment and readiness to fight HIV/AIDS stigma.

Although the quantitative measures did not show a significant difference between the ACT+SJCB and the SJCB only groups, qualitative data from the focus groups show that participants who took also part in ACT reported how ACT activities had enabled them to overcome internalized stigma, shame, and conflicting values. SJCB participants reported that the SJCB training contributed to their increased awareness of systemic discrimination and increased their motivation to engage in community-level actions.

The results of CHAMP not only showed changes in participants’ attitudes and intended actions but also showed changed behaviours and actions. Over a period of nine months following the training, CHAMP participants engaged in 1,090 activities that were grouped in six key areas:

Another key success of CHAMP was the research process itself. Through CHAMP, we created new networks and alliances among the participants’ affiliated organizations, and supported emerging leadership among CHAMP participants and staff. For many of the HIV-negative leaders, getting to meet and learn with people living with HIV in their own cultural communities was a powerful experience that broke down many stereotypes and prejudices. The human connection was important in helping to build communities and motivating people to take action. Even though the project has officially ended, the CHAMP network of participants has sustained itself and formed four project working groups to continue their work in challenging HIV stigma, promoting social support, and advancing social justice.

Implications for the future

CHAMP has shown that skills training that builds cross-sector partnerships, nurtures visible leadership among people living with HIV, and addresses intersecting oppressions is critical in reducing HIV stigma and advancing HIV prevention and support. CHAMP’s comprehensive approach is effective in promoting emotional connections between people living with HIV and HIV-negative community leaders that are needed to transform attitudes and promote behavioural changes to reduce HIV stigma, and increase prevention and support. Anti-stigma training such as CHAMP should be considered core competence for health, settlement, HIV and social service providers to enhance their contribution in the entire HIV continuum of care.

The CHAMP model has been adapted and applied to addressing stigma around mental illness in Asian Canadian communities. Within the HIV sector, CAAT has integrated CHAMP interventions in its work to address issues of addiction and substance use, and to support stigma-reduction strategies among provincial networks of HIV education workers serving the African and Caribbean communities across Ontario. Currently, a community alliance of AIDS service organizations and faith-based partners has been formed to look at additional ways to adapt CHAMP interventions into frontline programming at the community level.

Underpinned by the principles of meaningful engagement and GIPA/MIPA, we also engaged a 14-member community advisory committee, and a 6-staff team with a project coordinator and 5 peer research associates.

CHAMP was supported by a CIHR - HIV/AIDS CBR Operating Grant. 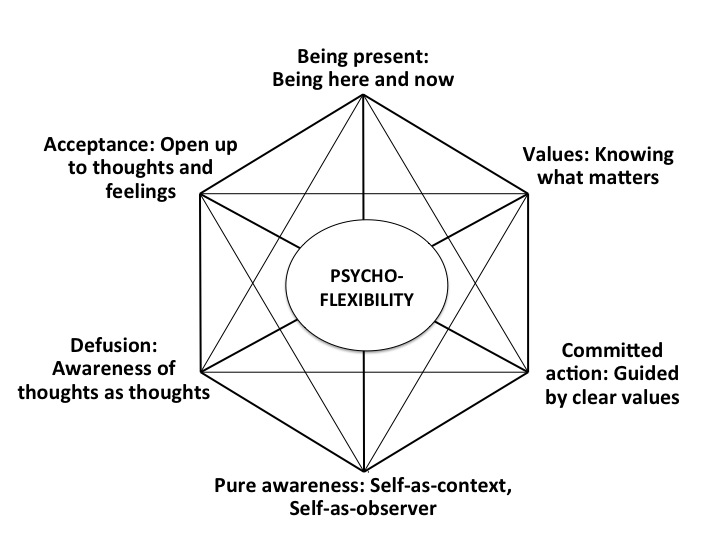 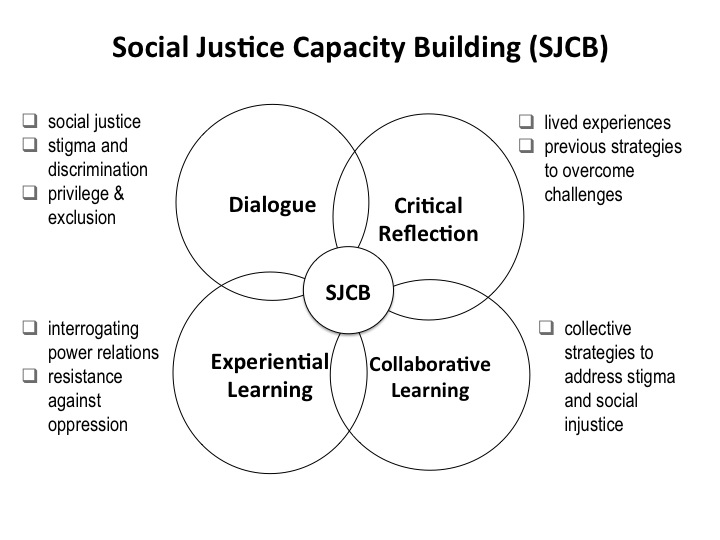 Alan Li, M.D., is a primary care physician working at Regent Park Community Health Centre in downtown Toronto and has over 25 years of working in LGBT, anti-racist and HIV communities. Alan is also a community-based researcher and is the principal investigator of this CIHR funded CHAMP study.