Borrowing from our neighbours: Developing an annual HIV testing day 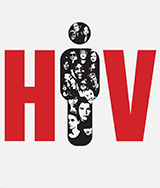 Over the last three years, the AIDS Committee of Windsor (ACW) has held an annual HIV Testing Day in the Windsor-Essex and Chatham-Kent regions of Ontario. The idea was ignited by National HIV Testing Day in the United States, which occurs annually on June 27th. Each year ACW’s testing campaign consists of a testing day, followed by ongoing promotion of HIV testing throughout the year. Testing takes place at the ACW office every first and last Wednesday of the month, and in various clinics in the region.

National HIV Testing Day is used in the United States to promote and increase HIV testing. The event takes place annually and hundreds of local events take place. Most local events offer HIV testing and are accompanied by media and social marketing campaigns that improve knowledge about HIV prevention, testing and care services; address barriers to getting tested; and encourage HIV testing.

A study1 on the effect that National HIV Testing Day (NHTD) has on HIV testing in the United States showed very positive results. During the period of the study, there was an increase in both the number of tests performed and number of new HIV-positive test results during the week of NHTD compared to two control weeks. The study also showed significant increases in the percentage of HIV tests in high-risk populations, including gay men and other men who have sex with men (MSM) and non-Hispanic Black people.

Despite the success of the American campaign, Canada does not have a specified national testing day. In response, ACW decided to parallel the American initiative to increase awareness of HIV and HIV testing in their community. The first testing day occurred on June 27, 2013. Kicking off the annual HIV testing campaign in the last week of June aligns its efforts with the American testing campaign when the American NHTD occurs. This timing takes advantage of the summer weather when more community members are actively engaging in outdoor activities making them more inclined to attend a testing event.

The campaign targets the 21% of people who are living with HIV in Canada who do not know their HIV-positive status. People who are aware they have HIV can access the benefits of care and treatment2,3 and reduce the risk of transmission to others.4,5,6

ACW took some key steps in developing its testing campaign:

In 2015, the annual campaign kickoff occurred on June 24 and 25 in Windsor-Essex and June 26 in Chatham-Kent. The 2015 region-wide HIV Testing Day resulted in 41 people getting tested for HIV over the three-day span. This represented a 356% increase in participants from 2014 (n=9) and 2013 (n=9). To date, there have been no HIV-positive tests during ACW’s HIV Testing Day events. ACW believes 2015’s success was the result of increased partnerships, ongoing promotion and increased campaign recognition in the community.

How can you host an HIV Testing Day event in your region?

ACW has held an HIV Testing Day event since 2013. Their tips for hosting a successful HIV testing event include:

What do the ACW and American experiences tell us about the potential of a National HIV Testing Day in Canada?

A study of NHTD in the United States showed increased overall testing numbers and newly identified HIV-positive test results compared to two control weeks. Although ACW has not compared its testing numbers during its HIV Testing Day event compared to other days in the year, ACW has shown that the campaign has attracted an increased number of people to test since the first event in 2013.

Both NHTD and ACW’s event expand access of testing sites to non-healthcare settings. This may be an important way to attract people to HIV testing.

A national HIV testing day in Canada modelled on some of the lessons from the American campaign and the experience from Windsor-Essex and Chatham-Kent in Canada could potentially increase the number of people who test for HIV and know their status.

Racquel Bremmer is the African, Caribbean, and Black Community Outreach Coordinator at the AIDS Committee of Windsor. She has been working in the HIV/AIDS field for over 20 years and has been involved with capacity building, education and health promotion initiatives in Toronto, Jamaica and Norway with international non-profit organizations like the Red Cross as well as government-funded agencies across Ontario. She has a passion for social justice and anti-oppression and hopes to increase access to HIV testing in marginalized communities all over Canada.