In 2021, CATIE ran a digital campaign to raise awareness about HIV prevention. Face HIV With No Fear was a new kind of project for the organization: for the first time, it collaborated with social media influencers to deliver positive and inspiring HIV prevention information on their own platforms.

Influencers are a relatively new type of public figure. They can be anyone with an audience on social media platforms, from a famous actor or singer to an amateur chef or photographer. What makes someone an influencer is that the content they post has an impact on what other people think and can change someone’s behaviour. While some companies use influencers to sell their products, CATIE hired influencers to talk to their audiences about new HIV prevention tools. The campaign focused on the message that HIV treatment and pre-exposure prophylaxis (PrEP) are so effective at preventing transmission that everyone, regardless of status, can now face HIV with no fear.

CATIE collaborated with Clark Influence, a Montreal-based influencer marketing agency, to choose 10 influencers for the campaign. Each influencer was selected because their audiences included the people most affected by HIV in Canada. They shared original images, videos and text to their Instagram accounts and added interactive features like polls and quizzes. This helped spark conversations about sexual health that aimed to reduce anxiety and stigma around HIV. 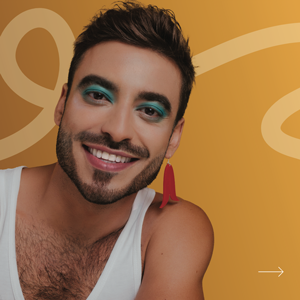 “I think the more informed you are, the less afraid you are,” says Jade Hassouné, one of the influencers chosen by CATIE. Joining the campaign allowed him to participate in shifting attitudes around HIV, ultimately decreasing the amount of fear that still exists about the virus. To help participants with their content, CATIE provided unifying elements like blue makeup, an earring inspired by the red ribbon, and the hashtag #faceHIVnofear. Each influencer then used these to create Instagram posts and stories in their own unique voice. CATIE’s HIV experts were also on hand to ensure that their messages were accurate and informative and that they conveyed a sense of optimism and hope.

Jade says he received some unexpected responses from his followers—some of them didn’t understand why he’d say not to fear HIV. Another influencer, Nadine Thornhill, says that “some people might think fear is good and that if you’re afraid, you’re more likely to practise safer sex.” Living in fear can hurt us in the long run, she explains. “When we’re afraid to have conversations and afraid of what HIV might do to our bodies, some people will just pretend that it doesn’t exist. They’ll sort of close their eyes, cross their fingers and hope it’s going to be okay.” Nadine recognizes that fear and stigma can stop people from getting tested or from getting the healthcare they need. She saw the campaign as a chance to address people’s anxieties and start an open and non-judgmental dialogue with her followers. Ultimately, she wanted to tell them that “we don’t have to see HIV as this looming threat.”

Giant leaps have been made in HIV prevention over the last decade, with the arrival of PrEP and the knowledge that an undetectable viral load makes HIV untransmittable through sex (U=U). During the same period, social media platforms have transformed how we communicate with each other. The number of people who use social media and the time they spend on it have exploded in recent years, which makes these platforms ideal for sharing new prevention messages. This is an urgent task: even though PrEP and U=U have transformed HIV prevention, many people still don’t know about them. By using these new platforms, campaigns like Face HIV With No Fear can directly reach the communities most affected by HIV in Canada. 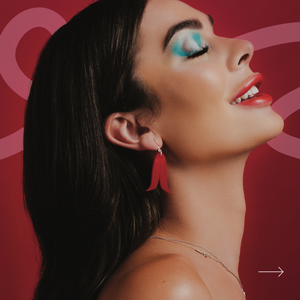 Data from the campaign show that it was successful. In total, the influencers reached more than 600,000 people and had an engagement rate double the average for non-profit organizations. This means twice as many people clicked on or responded to content than usual, which showed that audiences were taking in the HIV prevention messages. Gabrielle Marion is a trans woman from Montreal with 52,000 Instagram followers. “I feel like there’s still too much discrimination,” she says. Gabrielle chose to get involved “because there’s no fear to have about HIV. People with HIV have medication that makes it non-transmittable through sex and people can take PrEP to prevent it.”

Sharing information about PrEP and U=U at the same time means that the campaign applied to all people, no matter their HIV status. This is known as a status-neutral approach. This tactic aims to reduce stigma by showing how everyone has a role to play in preventing HIV. It explains that the options for both HIV-positive and HIV-negative people are highly effective. One of the benefits of this approach is that it gives people information they can share with their partners: for example, U=U is useful knowledge for both people in a mixed-status relationship, while someone with a detectable viral load could share information about PrEP with their HIV-negative partners. The status-neutral approach also recognizes that everyone can use HIV services, whether for prevention, testing or treatment. It affirms that everyone has the right to be treated with compassion. Ultimately, Jade says, “we’re all human and we’re all equally lovable.”

When CATIE looked at its previous campaigns, it found that these were most effective when they reflected the people they were trying to reach. Language choice is a key way to help people to feel included by a campaign: this is why CATIE approached both English- and French-speaking influencers with audiences across the country. CATIE also chose influencers from groups that face greater barriers to getting information about HIV, like Black, Indigenous and other racialized communities. These groups were more likely to receive the campaign’s messages because influencers had built relationships with their audiences based on trust. Gabrielle, for example, has become known as an expert on trans healthcare by sharing her transition online. When it comes to messages about HIV, her audiences are ready to listen. “I feel like I have the credibility to give this type of information,” she says, “because my whole career has been based on providing people with information through documenting my transition, surgery and hormones.” 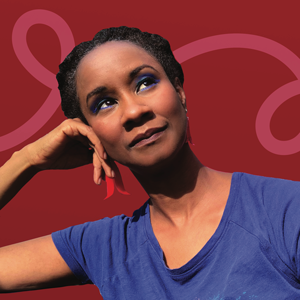 Face HIV With No Fear sees people living with HIV working together with HIV-negative people to tackle HIV stigma. This status-neutral approach can empower people to look after their health, but also (most importantly) to enjoy sex. If HIV is nothing to fear, then everyone’s sex life improves—whether you’re living with HIV or in a community at risk. “My hope is that information makes people better equipped to take care of their sexual health, and also enjoy their sexuality and sexual relationships,” Nadine says. “If I can help to de-stigmatize and spread info that makes people less afraid of connecting and of HIV as a virus, I’m really happy to do that.”

Jordan Coulombe is a Health Education Coordinator at CATIE.