Lessons Not Learned: The Overdose Crisis in Canada

Canada is in the midst of an overdose epidemic, but how did we get here? And what can be done to stop it?

Communities across Canada are reeling from an unprecedented opioid overdose crisis. Until recently, harm reduction for people who inject drugs has focused on the risks of HIV and hepatitis C. But harm reduction authorities are grappling with an even more urgent problem: the risk of death from an opioid overdose.

Officially, health authorities say the crisis started in 2016, when British Columbia declared a public health emergency. Community members had sounded the alarm long before then, though. Today, this emergency rages on across the country. For those who remember the AIDS epidemic in the 1980s and 1990s, this current moment feels eerily familiar. In the early AIDS years, tremendous loss and government inaction forced activists to fight for access to treatment and healthcare. Thirty years later, the same can be said for the overdose crisis. We could even ask, is this a new crisis? Or is it the same one driven by stigma, discrimination and laws that target people who use drugs?

Tackling the overdose epidemic is a difficult task, and depends on how we understand the problem. There are multiple ways to look at the crisis, and each of these leads to a different response. So far, the focus has been on three main causes: These are the over-prescription of opioids (and attempts to correct this), the toxic illegal drug supply and the stigma towards and criminalization of people who use drugs. Each of these is one piece of the complex puzzle that has led to the current crisis, and each suggests ways to intervene. Before we can think about responding, though, we need to understand the scale of the problem.

Between January 2016 and June 2019, 13,900 Canadians died from an opioid overdose. From January to June 2019, one Canadian fatally overdosed every two hours, and almost all of these deaths were accidental. As a result, life expectancy in Canada didn’t go up from 2016 to 2017 for the first time in over 40 years. Overdoses don’t always result in death, but surviving one can lead to physical and mental trauma, and even witnessing one can have similar psychological effects.

Every province and territory across Canada has been touched by the crisis, but some have been hit harder than others. It also affects both rural and urban Canadians—in fact, smaller communities have double the overdose hospitalization rate of Canada’s largest cities. Men aged 30 to 39 make up the biggest group of deaths across the country, but women are dying at a similar rate in the Prairies and eastern provinces. Overdose deaths cut across social and economic lines, but vulnerable groups like prisoners and the homeless are at higher risk. First Nations people are five times more likely to have an overdose than other Canadians, and they’re three times more likely to die from one. People living with HIV may also be at higher risk if they’re managing chronic pain with high doses of opioids or if they have substance use or mental health challenges. Data from the United States showed a 43% increase in fatal overdoses for people living with HIV from 2011 to 2015.

The first way of looking at the crisis focuses on the over-prescription of powerful opioid drugs. This began in North America in the 1990s, when drug companies encouraged doctors to prescribe such drugs by playing down their addictive potential. As a result, prescription opioid consumption in Canada quadrupled between 1999 and 2010, even though the number of Canadians who reported chronic pain stayed roughly the same. During this time, Canadians became the world’s second largest consumers of opioids, following Americans.

Over-prescribing exposed many Canadians to addictive drugs, and provided a steady supply of opioids for non-medical use. People began to obtain them through family members, dealers, fake prescriptions and the Internet, or by visiting multiple doctors at the same time. As pharmaceutical opioid use increased, so did rates of addiction and overdose. In 2012, the government and medical community tried to reduce this supply by tightening prescription guidelines, monitoring prescription closely and removing certain drugs (like OxyContin) from provincial drug programs. Despite warnings from the harm reduction community, these measures had serious consequences: People who had previously been using reliable prescription drugs suddenly couldn’t access them and they were forced to buy illegal street drugs of an unknown strength and quality. As a result, overdoses shifted from legal to illegal opioids, and the number of deaths increased.

In this narrative, the problem is opioid use and opioid addiction. This has encouraged responses that aim to reduce opioid use, prevent addiction and increase access to treatment. Opioid agonist therapy (OAT)—also known as opioid substitution therapy (OST)—is the gold standard for treating opioid use disorder. It involves prescribing long-acting oral or injectable opioids to improve stability and reduce withdrawal symptoms. The most common drugs are oral opioids like methadone and buprenorphine, but programs offering injectable heroin and hydromorphone are expanding. OAT/OST is safe and can be effective for some people, but it’s not an option for everyone and is not well distributed across Canada. Importantly, it can’t protect people who continue to use drugs from the illegal supply.

The second way of looking at the overdose epidemic says it is caused by the toxic illegal drug supply. Since 2011, synthetic opioids like fentanyl (used for pain management) and carfentanil (used for anesthetizing large animals like elephants) have entered the illegal drug supply. Both are fast acting and much more powerful than other prescription opioids or heroin, which increases the risk of overdose. Fentanyl is 80 to 100 times more powerful than morphine, and carfentanil is about 100 times more powerful than fentanyl. This means that a dose of heroin contaminated with carfentanil could be thousands of times stronger than someone expects.

The strength of illegal drugs is increasing, and fentanyl is now the drug of choice for some people. For other users, their drugs are unpredictable. What people may think is heroin could be a toxic mix of substances; for example, research in Toronto found 14 different drugs in a single sample of street heroin. Although it’s uncommon, fentanyl has also been found in crystal meth and cocaine, and in the U.S. there are reports of fentanyl being found in MDMA. Anyone buying illegal drugs needs to be cautious, do small “testers” of each new batch and carry naloxone (a drug that reverses opioid overdose, available as injection or a nasal spray).

The criminalization of drug use makes it hard to address this toxic drug supply, and the Canadian government is resistant to such policy change. As a result, community members and activists have focused on overdose prevention and management, stepping in where governments and health authorities have been slow to act. They have set up innovative programs that address the harms of drug use, like overdose prevention sites (OPS). Many OPS started off as unsanctioned spaces funded by crowdsourcing campaigns, where users take drugs under the supervision of volunteers trained in overdose response. These are similar to supervised consumption sites (SCS)—where people can safely use drugs in a legally approved setting—and both provide entry points to health and other social services. Slowly, SCS and OPS have spread to six different provinces (B.C., Alberta, Saskatchewan, Ontario, Quebec and Nova Scotia). Although non-lethal and lethal overdoses continue to rise, this is now at a slower rate; in B.C. alone, OPS have prevented around 3000 deaths.

Despite their effectiveness, harm reduction services are not evenly distributed across Canada. Their existence is also politically charged. For example, Ontario and Alberta’s recent leadership changes now threaten local overdose prevention programs like SCS or OPS. Across the provinces that do have SCS/OPS, most are in larger urban areas. Smaller communities are often unable to access even well-established harm reduction services like needle distribution.

SCS, OPS and naloxone respond to overdoses, but they can’t prevent them. A better solution would be measures that address the toxic illegal drug supply. One such measure is “safer supply,” a new approach gaining traction in Canada. Safer supply involves prescribing people pharmaceutical opioids as a safer alternative to contaminated illegal drugs. Safer supply programs are starting to be piloted across the country to divert people from the illegal supply and connect them to health and social services. 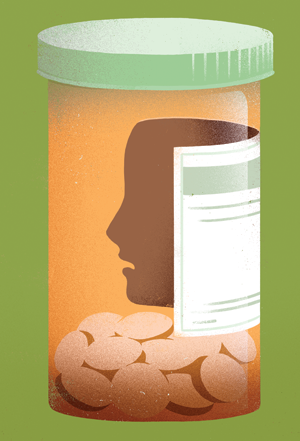 The third way of looking at the crisis focuses on structural issues: discrimination, stigma and criminalization. These increase risks and harms for people who use drugs, and particularly affect marginalized groups like those who are homeless, poor and/or racial minorities. Here, racism intersects with stigma to especially criminalize black and Indigenous people who use drugs. Structural factors force people to use in secret—which pushes them into unsafe, isolated environments—and also create barriers to healthcare and social services like SCS and addictions treatment. Stigma towards people who use drugs can hold back governments when it’s time to act. If society does not think that people who use drugs are deserving of care, then governments are not compelled to invest in healthcare and social services for them.

From this perspective, the overdose crisis begs us to address the structural factors that create harm, like drug policies, policing practices and social norms that see drug use as immoral. Responding to the crisis in this way would frame drug use as a public health issue rather than a legal one. It would also encourage policy reform that would decriminalize, legalize and regulate drugs. In some regions, public health officials are already calling for decriminalization, which would remove criminal penalties for possession but keep them for production and trafficking. Activists are also pushing for legalization and regulation of drugs. They say that it can disrupt the illegal drug supply, ensure the quality and potency of drugs and control who produces and uses them. There are already examples of these in Canada: SCS are spaces where drugs are decriminalized, and the cannabis industry provides one model for legalization and regulation, with ongoing research looking into models for other drugs.

The fight isn’t over

In the 1980s and 90s, AIDS activists marched on Parliament Hill carrying banners reading “Silence = Death”. They demanded access to treatment and a seat at the decision-making table. This led to the 1994 Greater Involvement of People with AIDS Declaration, which recognized the expertise of people with lived experience. From this came the Nothing About Us Without Us principle, which health and social service organizations have adopted to include people with lived experience in the decision-making process—at least on paper.

Today, the banners read “They talk, we die”. In 2017, then Health Minister Jane Philpott recognized that the death toll from overdose “is worse than any other infectious epidemic in Canada, including the peak of AIDS deaths.” She acknowledged that “our country ignored innovators in our domestic context, and we shut out some of the most important voices in this discussion.” Those voices are the community members, activists, family members and frontline workers who fight to keep people safe while grieving the loss of loved ones. Two years on, their fight is not over; stigma, discrimination and criminalization are still stopping us from saving lives.

Signs of an opioid overdose: