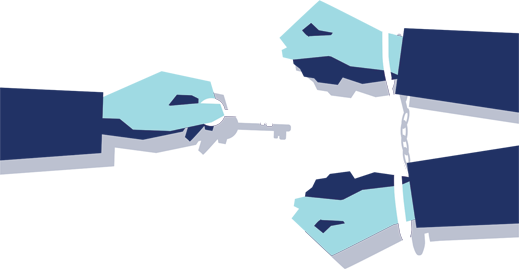 In Canada, people living with HIV can face prison if they do not disclose their status to a sex partner in certain situations. The law is severe, but things are slowly improving. Cécile Kazatchkine from the Canadian HIV/AIDS Legal Network breaks down what you need to know about HIV non-disclosure.

Why do I have to disclose my HIV status before sex?

In 1998 the Supreme Court of Canada made a legal ruling that people must disclose their HIV status before having sex. This applied to sex that posed a “significant risk of serious bodily harm”. In 2012 they refined this to mean sex that poses a “realistic possibility of transmission of HIV.” If someone doesn’t disclose their HIV status (that is, tell someone they have HIV), they could be charged with and convicted of aggravated sexual assault. This carries a maximum penalty of life imprisonment and forces someone to be registered as a sex offender. People are charged under the general law of sexual assault in cases of non-disclosure. There is currently no specific provision in our Criminal Code that targets HIV transmission, exposure or non-disclosure.

When do I have to disclose my HIV status before sex?

How have these laws affected Canadians living with HIV?

At the time of writing, almost 200 people in Canada have been charged for not disclosing their HIV status to someone they’ve had sex with. We have one of the highest numbers of reported cases in the world after Russia, Belarus, the United States and Ukraine. In Canada, someone can be charged even if they had no intent to harm their partner and the other person didn’t get HIV. In some cases people have been charged and imprisoned because they didn’t disclose before sex acts that posed negligible to no risk of transmission, such as sex with an undetectable viral load, oral sex or sex with a condom.

How are things changing?

You might have heard about more recent developments in the Canadian legal system. In 2016, the then-Attorney General of Canada and federal Minister of Justice recognized that there was an “overcriminalization of HIV non-disclosure.” As a result, in December 2018, she told federal lawyers to stop prosecuting people who have maintained a suppressed viral load (i.e., under 200 copies per ml). She also told them to “generally” not prosecute people who used a condom, took treatment as prescribed or just had oral sex, because there is “likely no realistic possibility of transmission” in these cases.

What does this all mean?

This is an exciting development, because directives to prosecutors can change how the law is enforced, even if they can’t change the law itself. This can prevent unfair prosecutions against people living with HIV. Unfortunately, the federal directive only applies in the three territories (Northwest Territories, Nunavut and Yukon), and provinces are lagging behind. Only Ontario, B.C., Alberta and Quebec have sent instructions to their prosecutors.

Only B.C. and Quebec offer some protection for people who used a condom (but did not have a low viral load) but they are not completely protected. Unfortunately, this ignores the scientific evidence we have about condoms—they’re a highly effective prevention strategy.

What have people done to challenge HIV criminalization?

HIV criminalization varies across the country, depending on how prosecutors and judges in each province apply the law and interpret the legal test of a “realistic possibility of HIV transmission.” Because of this, advocates have been pushing for instructions to be sent to prosecutors at a provincial level. As described above, they’ve had some success but there’s still more work to be done.

At a national level, a group made up of people living with HIV, lawyers, researchers and activists formed the Canadian Coalition to Reform HIV Criminalization in 2016. A year later, they released a Community Consensus Statement, which said that criminal prosecutions should only take place when HIV was actually transmitted and this transmission was intentional. They called for law reform to limit HIV criminalization. The statement was endorsed by more than 160 community organizations across Canada from the HIV sector and beyond. It shows a clear consensus for specific steps that must be taken by federal and provincial governments to end the misuse of the criminal law.

Where do we go from here?

In June 2019 the House of Commons Standing Committee on Justice and Human Rights released a report which recommended that HIV non-disclosure should stop being charged under sexual assault law. They also suggested that the use of the criminal law in cases of HIV non-disclosure should be limited to cases of actual transmission. This is an important step forward, but the ultimate goal of anti-criminalization groups is that charges are limited to intentional transmission.

The Committee called for a prosecutorial directive that would apply across Canada. This would tell all prosecutors to stop criminalizing HIV non-disclosure, except when HIV is actually transmitted. It would also ensure that HIV non-disclosure is never prosecuted when the HIV-negative partner was on PrEP, condoms were used, the HIV-positive partner had a suppressed viral load, or the risk was negligible (like in oral sex). They also recommended that a specific offence should be created to deal with non-disclosure of an “infectious disease” (including HIV) that is transmitted.

At the HIV Legal Network, we disagree with creating a new law that would criminalize other infectious diseases, but it’s clear that the Committee’s recommendations are a tremendous opportunity for change in Canada. We must keep up the pressure to ensure concrete actions follow.

For additional information on the state of the law in Canada, see Canadian HIV/AIDS Legal Network, The Criminalization of HIV Non-Disclosure in Canada: Current Status and the Need for Change, June 2019, at www.aidslaw.ca/criminalization.