Ask the Experts: The ABCs of CBD 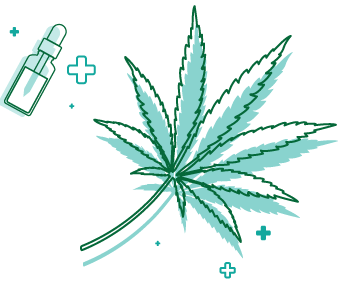 We ask four experts whether CBD is worth all the hype.

Cannabis contains over 100 different compounds, known as cannabinoids. The most well-known of these is tetrahydrocannabinol (THC), which produces the plant’s intoxicating effects. Recently another cannabis extract has been getting a lot of attention: Cannabidiol, or CBD. It’s being touted as a wonder drug for everything from aches and pains to inflammation, all without getting you high. But what exactly is it and how does it work? We asked pharmacist Maria Zhang, clinician Cecilia Costiniuk, scientist Mohammad-Ali Jenabian and cannabis CEO Alison Gordon for the lowdown on all things CBD.

Why do people use CBD? 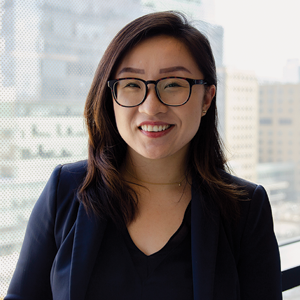 Maria: Depression, anxiety and sleeping problems are some of the top reasons why people use cannabis. There are many anecdotes of people finding benefit with CBD (or cannabis) for these issues, but there are currently no CBD products approved for any of these uses. The current evidence isn’t strong enough to recommend CBD as a first-line treatment for any medical condition.

Cecilia: In my practice, I find that people are already using cannabis, especially now that it’s legal. It seems to be helping people a lot. The positive anecdotal reports are mostly about mood—cannabis use makes people feel happier and much lighter. People say they can manage their relations with others more easily. We know that people living with HIV seem to suffer from anxiety and depression more than the general population, and cannabis is thought to be very useful in that regard. Also, many people report that it’s helpful for insomnia and chronic pain. Although anecdotally cannabis seems to be doing good things for people, it’s hard to tease out what molecule is doing what because you don’t know exactly what people are taking.

How do people take CBD?

Maria: CBD can be found as a part of the cannabis plant. It can also be taken in the form of capsules, oils and sprays supplied by licensed producers. It can be taken by itself or with other ingredients like THC. In addition, Health Canada has approved some medicines containing CBD for certain uses, and these medicines are available by prescription from pharmacies. 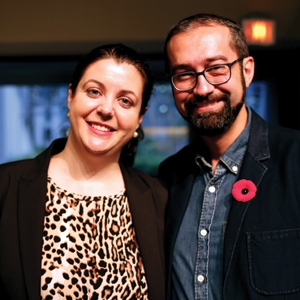 Cecilia & Mohammad-Ali: Most people tend to smoke cannabis and consume CBD alongside THC in this way. When they crush up the full plant there is an “entourage effect,” which means that other molecules inside the plant are influencing the CBD or THC and contributing to the effect it’s producing. Ingesting the oil is thought to be one of the safest ways of consuming CBD because there’s no smoke, which can lead to secondary effects on the lungs. It should be emphasized, though, that we discourage smoking in any form.

Alison: There are a number of ways to consume CBD. In October 2019, Canada expanded the number of CBD and/or THC products you can legally buy—you can now find edibles, drinks, vapes and topicals (creams or balms) for sale at licensed retailers. However, each province can determine what they will allow to be sold. Quebec is the only province to create its own regulations in this area, and they allow drinks but have banned edibles and topicals.

In Canada, what you mostly find are products that are two parts CBD to one part THC or equal amounts of both. Some consumers want CBD products without getting high, but it’s a lot more lucrative when you have a cannabis licence to grow cannabis with THC in it. This means we have a lack of pure CBD products in Canada, which makes things hard for people looking for a product that won’t produce a high. Canada, while being ahead of the curve on the legalization of cannabis, is somehow now behind the curve on CBD.

What does the research say?

Maria: Evidence of CBD’s anxiety-relieving effects comes from animal models. CBD hasn’t been well studied in humans. It also hasn’t been studied much in the treatment of depression. With sleep, more is known about the effect of THC than CBD: Low doses of THC may increase total sleep time, but high doses can cause sleep disturbances. However, we don’t know what exactly makes a “low” or “high” dose. Clearly, much more research needs to be done.

Cecilia & Mohammad-Ali: Much cannabis-based research has focused on risks and harms, but a Canadian HIV Trials Network pilot trial that we are doing will focus on the potential benefits of cannabinoids, such as their anti-inflammatory properties. Our study has two goals. The first is to show that cannabinoid capsules taken by mouth are safe and well tolerated in people with HIV. The second is to see if cannabinoids can lower immune activation markers, or inflammation, in the blood. We also hope this study will help reduce the stigma associated with cannabis use.

Mohammad-Ali: For our 12-week study, we’re going to use a pure form of CBD and THC extracted from the cannabis plant by the company Tilray. We’ll give two groups of participants capsules that contain both CBD and THC oil, but the ratio of CBD to THC will differ—the capsules will contain either low or high amounts of CBD compared with THC. The reason for using THC is that it’s thought to also have some anti-inflammatory properties, and using the two compounds together might enhance these effects. We need to complete this study and then perform larger studies to say conclusively whether CBD and THC can fit alongside an HIV treatment regimen for particular people. But we think there’s something there and we’re going to test it out.

What should people be mindful of when consuming CBD?

Maria: If you use CBD, it can have an impact on how your body processes medications, and other medications can change the effect of CBD in your body. In general, drug interactions are complex to predict. When it comes to CBD, several factors can affect the intensity of the drug interaction, or whether or not it happens. For instance, how is CBD consumed—is it taken orally, taken under the tongue, inhaled or smoked? If it’s taken orally, high-fat meals can dramatically increase the amount of CBD absorbed by the body. If it’s smoked, the compounds in the smoke itself can interact with things like caffeine and medications like olanzapine (Zyprexa and generics) and clozapine (Clozaril and generics). Also, what is mixed with the CBD? Is it a pure product and how can you be sure of it? Anything else that’s mixed with CBD, even in low amounts, may affect the interaction as well.

How is CBD regulated? 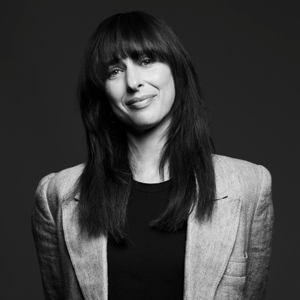 Alison: CBD is found in both hemp and marijuana. Hemp is cannabis, but it’s cannabis with less than 0.3% THC. In Canada, when the government legalized recreational cannabis and put the Cannabis Act into effect, they also changed the regulations around hemp. As a result, the government does not distinguish between CBD and any other cannabinoid; they’re all treated the same way. In Canada, CBD products are legal in the same way that THC products are legal: when they’re produced by a licensed producer and sold in legal dispensaries. Licensed producers can only sell to legal dispensaries and legal dispensaries can only buy from licensed producers.

Each province has a different distribution structure, like with alcohol. In Alberta, Newfoundland and Labrador, Manitoba, Ontario and Saskatchewan, stores are privately run but regulated by the government. In British Columbia, New Brunswick, the Northwest Territories, Nova Scotia, Prince Edward Island and Quebec, the government runs the dispensaries. In Nunavut the government sells cannabis products online or by phone.

Maria Zhang is a pharmacist and clinician educator at the Centre for Addiction and Mental Health (CAMH) and University of Toronto.

Dr. Cecilia Costiniuk is an HIV clinician and assistant professor at the division of infectious disease and chronic viral illness service at the McGill University Health centre.

Dr. Mohammad-Ali Jenabian is an HIV scientist and associate professor at the Université du Québec à Montréal (UQAM) and the holder of the Canada Research Chair in Immuno-Virology.

Alison Gordon is the chief executive officer of 48North, a cannabis company focused on the health and wellness market, and on the board of directors for the Cannabis Canada Council.