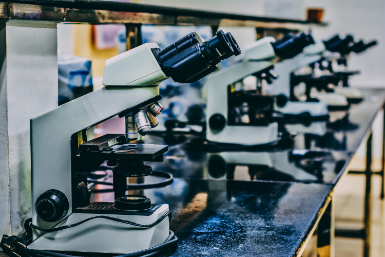 In Canada and other high-income countries, a pill is available that when taken as prescribed (usually daily) by HIV-negative people before sex helps to reduce the risk of acquiring HIV infection. Taking medicines prior to exposure to a virus to reduce the risk of infection is called pre-exposure prophylaxis (PrEP). A combination of two drugs—TDF and FTC—in one pill, sold under the brand name Truvada and available in generic formulations, is widely used as PrEP. This combination of drugs, when used as directed, significantly reduces the risk of getting HIV.

In many studies of medicines, the ability to take a drug as directed, which is called adherence, affects the drug’s effectiveness. Studies have found that issues such as depression and substance use can impact people’s ability to adhere to their medications.

A team of researchers in Toronto conducted a study to explore issues that could affect the ability to adhere to PrEP. They recruited 141 gay and bisexual PrEP users from two clinics and through questionnaires screened them for mental health and substance use issues.

The researchers found that the following issues were relatively common:

When analysing these issues and adherence, the researchers found that problematic alcohol and/or cocaine use were linked to problems with PrEP adherence.

Based on their findings, the researchers recommended that healthcare professionals who prescribe PrEP screen their patients for alcohol and substance use issues so that they may be offered help.

Researchers recruited 141 adult participants, the vast majority of whom were gay or bisexual men around the age of 38. Major ethno-racial groups included white, Chinese, South Asian and mixed race. All participants had been taking PrEP for at least three months and in many cases for up to 16 months. They were interviewed once for the study.

The researchers used surveys that had been previously validated in studies by major research institutes. The survey about alcohol use was called AUDIT (Alcohol Use Disorders Identification Test). Participants’ responses were graded into the following categories: “low risk, hazardous or harmful.”

The researchers used the Modified Alcohol, Smoking and Substance Involvement Screening Test (NIDA M-ASSIST) from the National Institute on Drug Abuse to classify substances used. For each substance an involvement score was obtained and graded; researchers stated that scores that were classed as “moderate-risk” and “high-risk” would “warrant intervention.”

About 20% of the men disclosed that they had missed one or more doses of PrEP in the past four days.

The researchers found that problematic use of alcohol and/or cocaine occurred as follows:

About 20% of participants reported symptoms consistent with depression.

Adherence and substance use

When researchers assessed the impact of substance use on PrEP adherence, they found the following:

Furthermore, researchers stated that “PrEP non-adherence was significantly most pronounced among those who were experiencing both [problematic use of alcohol and cocaine].”

Depression was not linked to non-adherence, possibly because many people who had depression were receiving treatment.

Based on their findings, the researchers recommended the following course of action:

Healthcare providers should offer screening for alcohol and substance use at a person’s initial and subsequent PrEP clinic visits. In this way, any “alcohol or substance use issues that persist, develop or recur over the course of a [patient’s] PrEP treatment could be promptly identified. Subsequently, individuals who are recognized as possessing a marked issue regarding their alcohol and/or substance use could then be offered a wide range of tailored, evidence-based interventions, which would help them achieve their harm-reduction goals and, in turn, could also potentially lead to improvements in PrEP adherence.”

Like many studies, the present one was imperfect. Ideally, it could have been larger, it could have monitored participants over time, and it could have used objective means of assessing adherence and alcohol and substance use. Prior research has suggested that non-adherence to PrEP can be under-reported. However, such changes to the study’s design would have made it much more costly, cumbersome and time consuming. These days there is much competition for scarce research funds and the study team should be commended for doing valuable work on an important issue.

The findings from this study might not apply to other populations or other cities.

PrEP for understudied populations: Exploring questions about efficacy and safety – Prevention in Focus