Italian researchers search for Alzheimer’s dementia in people with HIV 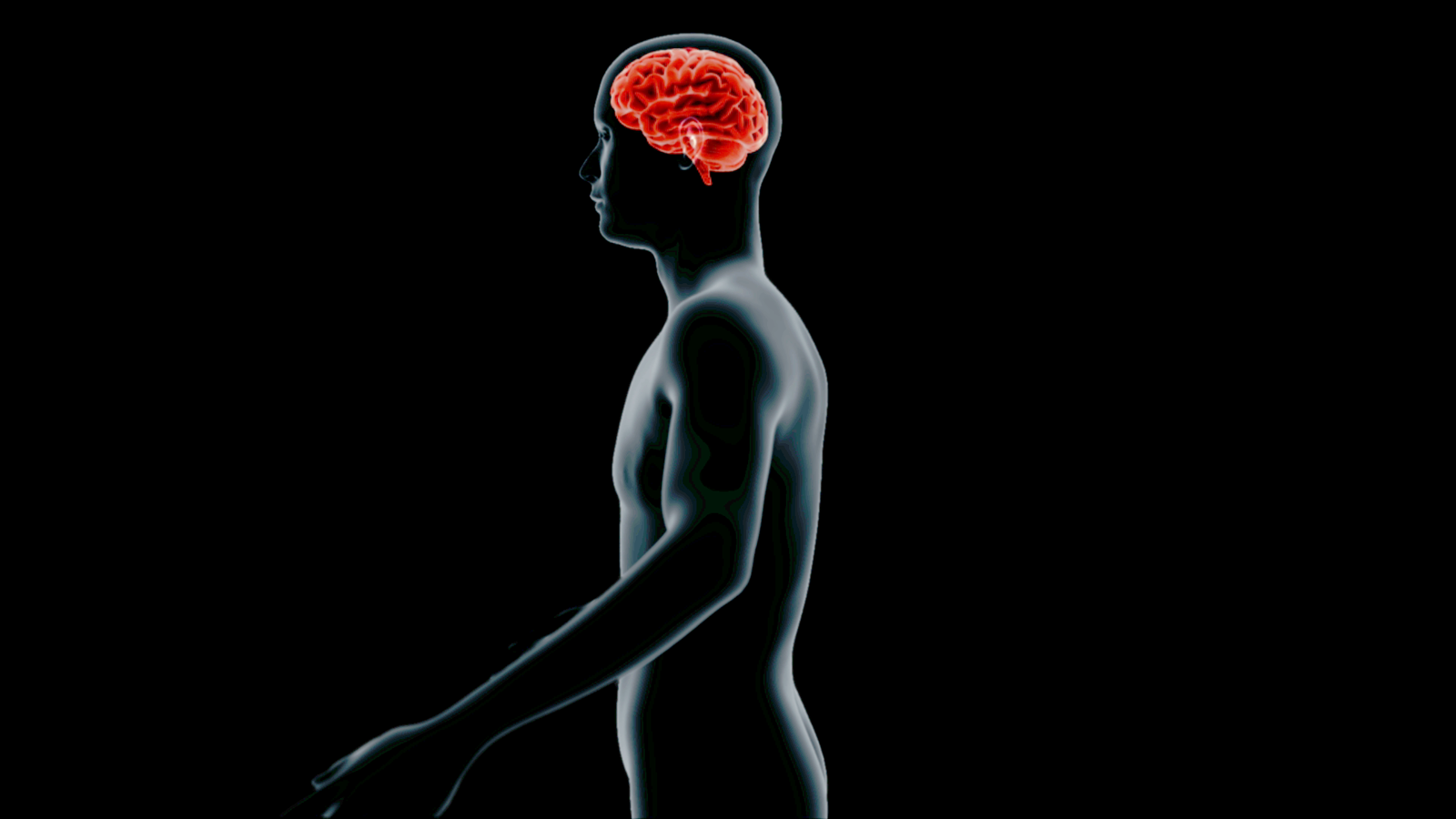 When the HIV pandemic first emerged in the 1980s, some people developed cases of HIV-related brain issues, such as difficulty with reasoning, memory and thinking clearly. In severe cases, dementia and loss of personality occurred. Compounding these issues, in cases where the immune system had become severely weakened (AIDS), other viruses as well as bacteria, fungi and parasites could also attack the brain.

Beginning in 1996, potent combination treatment for HIV (ART) became increasingly available in Canada and other high-income countries. As a result, levels of HIV in the body became suppressed in many ART users. This allowed the immune system to begin to effect repairs. Over time, the immune system was able to keep AIDS-related infections at bay. Furthermore, HIV-related dementia became relatively rare.

The long-term benefits of ART are so profound that scientists project that many ART users will have near-normal life expectancy. As ART users live longer, they will be at risk for the same issues that affect HIV-negative people. One of these issues is dementia unrelated to HIV.

A team of researchers at leading medical centres in Italy reviewed clinic databases containing information on more than 9,000 people with HIV. The researchers searched for people who were diagnosed with Alzheimer’s dementia (AD).

The researchers found details on four people who had a diagnosis of HIV and AD. These people were between the ages of 60 and 74 years when the diagnoses were made. They were all taking ART and had a history of undetectable HIV viral loads. The most prominent initial feature that alerted doctors and participants (or their relatives) that something was amiss was “memory impairment.” Doctors subsequently launched in-depth investigations of participants’ health to rule out other potential causes of their issues before arriving at a diagnosis of AD. Additionally, MRI (magnetic resonance imaging) and PET (positron emission tomography) scans of the brain were done as well as analyses of cerebrospinal fluid (CSF)—the liquid in the spinal cord that cushions the brain.

The good news is that only four out of 9,000 people with HIV were diagnosed with AD. It would have been ideal for the researchers to have also recruited a group of HIV-negative people. Such a group could have provided some idea of the background rate of AD in people of the same age and gender who did not have HIV. However, this would have prolonged the time researchers spent on their study and perhaps cost more money than they had available.

Nevertheless, the researchers decided to publish their report in the journal Neurology: Clinical Practice to remind doctors and nurses caring for people with HIV that AD can be a possible cause of “neurocognitive impairment in older people with HIV.”

Readers should note that memory problems can affect people of all ages and with different health conditions. Furthermore, memory problems alone are not indicative of AD. There could be many potential causes of memory problems—from relatively simple issues such as insufficient sleep, having a cold or flu or use of certain medicines to other issues such as anxiety, depression, diabetes and cardiovascular disease. This is why consultation with a doctor is vital when investigating memory or other brain-related issues, particularly in people with HIV.

The researchers emphasized the importance of using a multidisciplinary team to help find the cause of memory impairment in people with HIV.

The Italian research is a good first step and should stimulate other researchers to assess large databases to also investigate the presence of AD. Such investigations could track trends over time for people with HIV to monitor their risk of AD and other dementia unrelated to HIV. This research is important because as people with HIV age, health systems need to plan the deployment of services that will be needed.

None of the four participants had a history of the following:

Note that some people in this report received additional medicines (in an attempt to slow further decline of their brain). The doctors also focused on ensuring that viral load was undetectable in their blood and spinal fluid to be sure that HIV was not a cause of the neurodegeneration observed. As with many database-centred studies, extensive information on participants was not always available.

This person was diagnosed with HIV in his late 60s. The reasons he sought care at that time were shortness of breath and what researchers called “mild cognitive impairment.” The shortness of breath was caused by an AIDS-related pneumonia. This lung complication was successfully treated, and two weeks after the man first sought care doctors prescribed a combination of dolutegravir + 3TC + TDF.

Before this person began ART, his CD4+ count was 25 cells/mm3 and his CD4:CD8 ratio was 0.1, indicative of severe immune deficiency. Also, at that time, his viral load was surprisingly low, almost 3,000 copies/ml.

Just before initiating ART, to begin investigations on the possible cause of the man’s memory problems, doctors removed a small sample of cerebrospinal fluid and had it analyzed. Lab technicians found that the HIV viral load in his CSF was 841 copies. They did not find any other causes of brain infection or cancer. However, other tests suggested inflammation in his brain.

An MRI scan of the man’s brain done around the same period as the tests above suggested that parts of his brain were degenerating.

Over time, ART suppressed the man’s HIV and raised his CD4+ cell counts. However, despite good adherence to ART, his neurocognitive problems persisted, with memory and concentration difficulties. He also underwent a PET scan of his brain, which confirmed the degeneration found on the MRI.

Over the next two years, the man continued to have CSF samples taken. Doctors found that inflammation in the CSF (and therefore in the brain) decreased as the level of HIV in his CSF fell to undetectable levels. However, they also found that levels of a protein called tau had increased in his CSF over time. Tau helps move substances inside cells. In some neurodegenerative disorders, tau alters its shape, becomes twisted and builds up inside of cells. According to neuroscientists, this accumulation of altered tau harms brain cells and causes them to die.

Taking all of their findings into account—undetectable viral load, screening out other conditions, medical history, CSF analyses and brain scans—the man’s doctors arrived at a diagnosis of AD. At the time of publication of the report he was alive.

This person was diagnosed with HIV in her late 50s. At that point, she had a CD4+ count around 400 cells/mm3 and a viral load greater than 100,000 copies/mL. She initiated ART shortly after diagnosis and changed her regimen many times over the years. She had high blood pressure and cholesterol and subsequently had a heart attack and survived. Noteworthy in her medical history is that she had two siblings who were diagnosed with AD.

Twelve years after initiating ART, doctors stated that her relatives reported “a recent and progressive onset of irritability, cognitive decline with mild short-term memory problems and swallowing difficulties.” She was able to bathe, groom and dress herself.

Tests did not reveal any detectable HIV in her blood or CSF. An MRI scan of her brain suggested age-related degeneration. However, a PET scan revealed degeneration suggestive of AD. Her neurologist subsequently prescribed the drug donepezil. This drug can sometimes temporarily stabilize or reverse the course of AD. However, it does not cure AD, and because its effects are temporary, people can have neurodegeneration at some point in the future.

The woman experienced some benefit from donepezil and her AD stabilized. Her viral load continued to be suppressed and her CD4+ count was around 500 cells/mm3. However, several years after her diagnosis of AD she died. The cause of death was not available.

This man's HIV had been treated for 12 years with different combinations of drugs. During those years he had been diagnosed with several comorbidities—high cholesterol and high blood pressure, kidney disease and thinning bones.

When this person initially sought care 12 years earlier, he did so because of what doctors described as “comprehension difficulties and short-term memory impairment.” At that time, doctors presumed that his neurocognitive problems were caused by HIV. He had a good and sustained response to ART; his viral load was suppressed and his CD4+ count was near the 400 cells/mm3 mark.

However, despite this good response to ART, doctors stated that in the three years after initiation of ART, the man underwent further “cognitive decline.” During this time, his medical records indicated that he became irritable and developed anxiety.

Analysis of the man’s CSF did not find anything remarkable. Subsequently, doctors requested an MRI scan, which revealed brain degeneration. They then ordered a PET scan and it revealed findings consistent with AD. His neurologist prescribed donepezil, which stopped further neurocognitive decline. His CD4+ cell count and (undetectable) viral load remained stable.

The man subsequently had a heart attack and received treatment for this. Doctors stated that he remains alive and stable.

This man was diagnosed with HIV in his mid-50s. At that time, his CD4+ count was in the mid-400s and his viral load was not noted. He initiated ART and at subsequent tests doctors noted that his viral load was undetectable. The man changed ART combinations several times and is currently taking Biktarvy (bictegravir + TAF + FTC). He did not have a family history of AD.

Seven years after initiating ART, the man had an episode of memory loss and confusion. He subsequently had several episodes of disorientation; he was unable to recall his location or the date/time while these episodes were happening.

An MRI scan revealed a buildup of fluid in his brain and signals of a previous stroke.

Analysis of the man’s CSF found suppressed HIV but elevated levels of tau protein. Furthermore, additional CSF testing over time revealed that the level of tau protein in his CSF was rising.

This person was subsequently diagnosed with AD and was recently prescribed rivastigmine. This drug can slow the pace of AD. He will be reassessed in the future to find out if rivastigmine had any effect.

Diagnosis of AD can be challenging, but a combination of brain scans, CSF analyses and assessments of symptoms allowed the doctors to arrive at such a diagnosis.

The researchers recommended that cooperation among the following specialties helps to increase the likelihood of a correct diagnosis in people with HIV who have neurocognitive impairment:

Studies are underway to try to refine ways of diagnosing AD in people without HIV. Hopefully this research will be relevant to people with HIV.

The four cases presented by the Italian team are interesting. They underscore some of the challenges that people with HIV may develop as they age. The study is a good first step. Other databases need to be assessed and comparisons need to be made between the risk of AD in people with and without HIV.

Recently, researchers in the U.S. estimated that 23% of ART users will be 65 years or older by the year 2030. This trend will likely be similar in Canada and Europe. Therefore, studying age-related issues in people with HIV will become more important in the years ahead.