The link between intimate partner violence and HIV 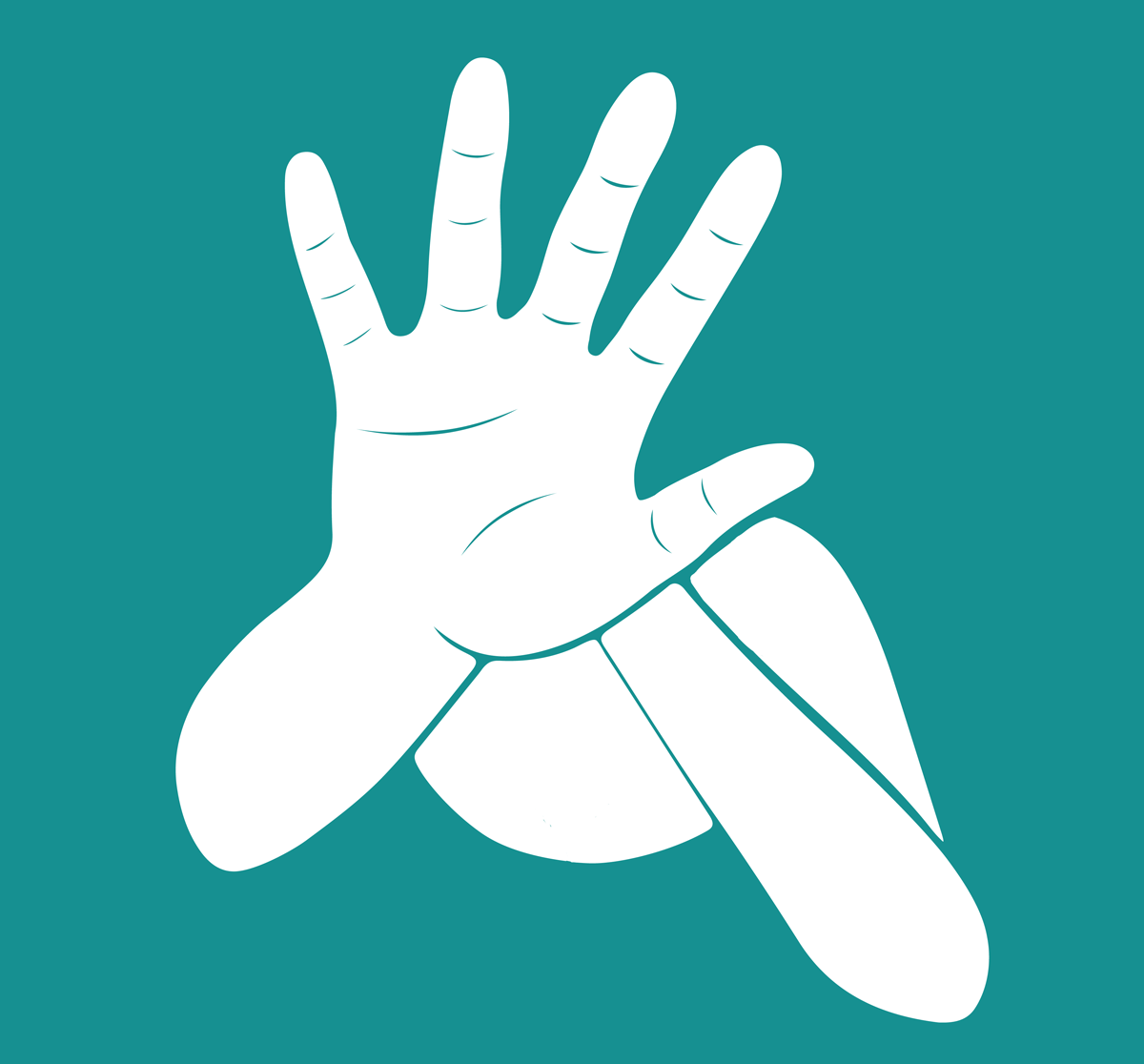 There is a close link between intimate partner violence (IPV) and HIV. IPV can increase risk of HIV by limiting a person’s ability to negotiate safer sex and safer drug use and because the short- and long-term effects from IPV may lead people to engage in higher risk behaviours. IPV is common among people living with HIV, in part because IPV and HIV disproportionately affect some of the same populations. People living with HIV may experience more severe or more prolonged IPV than people who are HIV-negative and experiencing IPV. People living with HIV may be particularly vulnerable to IPV when they disclose their HIV status to their partner. Intimate partner violence can lead to poorer HIV care outcomes. HIV service providers can play a role in helping to prevent or respond to IPV. Likewise, those working with people who experience IPV can play a role in helping to prevent HIV and encouraging testing and treatment.

Intimate partner violence (IPV) is domestic violence caused by a spouse, common-law partner, or dating partner within an intimate relationship. It includes physical violence such as punching or kicking, sexual violence such as rape or the use of manipulation to pressure someone into sex, and emotional and verbal abuse, such as financial abuse and belittling, threatening, and controlling behaviour. The negative effects of IPV are wide-ranging and long lasting, including impacts on mental health, physical health, and well-being.1 This article focuses on the elements of IPV that relate directly to HIV.

The 2014 General Social Survey on Canadians’ Safety may give a better picture of IPV in Canada.3 The survey randomly sampled Canadians who were 15 or older and asked them about spousal violence. The survey found that 4% of Canadians with a current or former spouse experienced physical or sexual IPV and 14% reported emotional or financial IPV in the past five years. Men and women reported similar rates of IPV overall. However, severe physical violence and sexual violence were more common among women. Women were more likely than men to sustain physical injuries and to experience long-term PTSD-like effects as a result of spousal violence. The survey found that Indigenous women and people who identify as lesbian, bisexual, or gay were disproportionately affected by physical or sexual IPV.

Intimate partner violence involves one person exerting control over another person. The result is that people experiencing IPV often lose control over various aspects of their lives. This lack of control can affect many parts of their lives including the person’s ability to negotiate safer sex (e.g., the use of condoms or pre-exposure prophylaxis [PrEP]) or safer drug use. Although people of all genders and sexual orientations can experience IPV, women and gay, bisexual and other men who have sex with men (gbMSM) who experience IPV may be at higher risk for HIV than heterosexual men.

Women experience sexual violence at much higher rates than men,3 and gbMSM also experience high rates of sexual violence.4 Sexual violence can lead directly to HIV risk in a variety of ways. Condoms are not often used in sexual assault,5 and the physical trauma of rape can make the risk for HIV transmission higher than it is during consensual sex.6 Besides rape and sexual assault, sexual violence can include control over sexual health decisions. There are situations when sex is consensual but one partner coerces the other partner into not using condoms or other prevention methods. This coercion has direct implications for sexual health.7 A systematic review found that IPV was associated with inconsistent condom use or partners refusing to use condoms.7 Similarly, gbMSM experiencing IPV often feel pressured to have sex without condoms.8 The prevalence of HIV is high among gbMSM;9 therefore, unprotected sex among gbMSM can pose a particularly high risk for HIV.

For women who inject drugs (including those who use drugs to cope with their experiences of IPV), IPV is associated with sharing drug use equipment because of power imbalances in their relationships.10 Male partners are often the ones to buy drugs, to have injection equipment, and to have the capacity to inject themselves while women are more likely to rely on their male partners to inject drugs for them. With control over drugs and equipment, men may pressure their partners to share injection equipment, sometimes with a threat of violence if they refuse.10 When injecting with a male partner, women may use a needle after their partner has used it (called being “second on the needle”).10

Intimate partner violence may also lead to risk for HIV after the person is no longer in the abusive relationship. A large-scale study in the United States found that both men and women who had experienced IPV were more than twice as likely to report HIV risk factors (e.g., injection drug use, or having been treated for a sexually transmitted infection) compared with those who had not experienced IPV.11 One possible explanation for this is that many people who have experienced IPV experience psychological trauma that makes them less likely to advocate for safer sex.12

Prevalence of IPV among people living with HIV

A cohort study in Ontario looked at IPV in over 2,300 people living with HIV.16 In that study, 29% of participants reported ever experiencing IPV. A higher proportion of women (46%) than men (25%) reported IPV. People who identified as gay men or reported their sexual orientation as “other/unknown” experienced IPV at higher rates than people who identified as heterosexual.

People living with HIV may experience worse or more frequent episodes of IPV than people who do not have HIV.17 Researchers sometimes talk about this in terms of syndemic theory – the idea that multiple stressors happening at the same time (in this case HIV and IPV) can make each other worse than they would be without the other.18,19

Besides physical violence, people living with HIV can experience emotional abuse that is also related to their HIV status.21 There is not a lot of research about the nature of emotional violence among people living with HIV. Emotional violence could include stigmatizing remarks related to the person’s HIV status, disclosing or threatening to disclose the person’s HIV status, or threatening to report the person to legal authorities for not disclosing their status.22 This type of abuse can take a serious toll on self-esteem, and some people living with HIV may feel that they cannot leave an abusive relationship because they worry that they will not be able to find another partner who accepts their HIV status.23

Programs that deal with both IPV and HIV

Since HIV and IPV are related and affect one another, there is an opportunity for people who work in the HIV and IPV sectors to learn about each other’s work and form partnerships. Some North American programs aim to facilitate referrals and collaboration between the two sectors.

In 2009, the Southern Alberta Clinic implemented a program to routinely screen all patients living with HIV for violence.25 The program screens for both childhood violence and violence as an adult (current or past). People who have experienced violence are then told about services that they might benefit from including immediate removal from a current dangerous situation, and being referred to a social worker in the clinic to explain the various services available in the community. In addition, healthcare providers at the clinic provide empathy and support for patients who are dealing with or have dealt with IPV.

To get feedback on the program, the clinic interviewed 158 people who had been screened for IPV.25 Almost three-quarters (73%) of the people interviewed thought that IPV should be asked about routinely in healthcare for people living with HIV. Almost everyone who was interviewed (97%) thought that there should be regular follow-up for people who report that they are currently experiencing IPV. This feedback shows that many people living with HIV support IPV screening and follow-up. This screening practice could be implemented at other HIV clinics.

In 2014, the National Network to End Domestic Violence in the United States released a toolkit called Positively Safe.26 The toolkit aims to facilitate collaboration between people who work in the HIV and IPV sectors. It includes resources for service providers, such as tips for starting a conversation about HIV with someone who is experiencing IPV, tips for starting a conversation about IPV with someone who is living with HIV, and a template for a memorandum of understanding to establish collaborations between people working in the two fields. It also includes brochures and posters to help educate clients. Some of the information in the toolkit is specific to an American context, but many of the resources could be helpful to people working in Canada.

Working at the intersection of IPV and HIV

Given the close link between IPV and HIV, HIV service providers can play a role in preventing and responding to IPV. Service providers who specialize in IPV can also play a role in preventing HIV and encourage testing and treatment. People working in these two sectors should be aware of each other’s services, so that clients can be referred when needed. People working in these sectors may also wish to form formal partnerships to develop programs or resources that concern both IPV and HIV.

Mallory Harrigan is CATIE's specialist, client publications and ordering centre. She has a Master’s degree in community psychology from Wilfrid Laurier University.