Getting to undetectable: Population differences in Canada 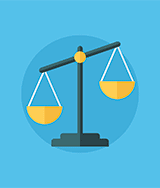 For people living with HIV, successful antiretroviral treatment (ART) lowers the amount of HIV in the blood to “undetectable” levels (meaning, so low it can’t be measured by routine tests). This greatly improves overall health, increases life expectancy, and significantly reduces the risk of HIV transmission. However, not everyone taking ART has an undetectable viral load and some people have challenges staying engaged in care and taking medications regularly.

This article will review evidence on gaps in the treatment cascade, in particular the likelihood of having an undetectable viral load among people living with HIV who have started treatment in Canada. Paying attention to these gaps can help us to focus efforts on populations that may need greater support to experience the benefits of having an undetectable viral load.

Note: In Canada, an “undetectable” viral load generally means that there are fewer than 40 or 50 copies of the virus per millilitre of blood, depending on the test used. Many of the research studies reviewed in this article used other thresholds as a marker of a low viral load (either 200 or 500). The term “suppressed viral load” is used throughout this article in cases where these higher thresholds were used.

We know there are substantial health benefits to starting HIV treatment early.1,2 We also have strong evidence that when people living with HIV maintain an undetectable viral load, their chance of transmitting HIV to others is dramatically reduced.3,4,5,6,7,8,9,10,11 In fact, evidence shows that HIV-positive people who are on ART, engaged in care, and have an ongoing undetectable viral load do not pass HIV to their sexual partners.3,5,10

There are many steps between acquiring HIV and being able to maintain an undetectable viral load. To become undetectable, a person living with HIV needs to access a range of services, starting with HIV testing. When a person is diagnosed HIV positive following an HIV test, they need to be connected to appropriate medical care, be retained in care over time, have access to ART, and be supported while on treatment to maintain an undetectable viral load. These successive stages are called the HIV treatment cascade, or the continuum of care. At each stage of the cascade, people may be lost to engagement and care for various reasons including individual, social and systemic barriers. The cascade concept is helpful for identifying where people are more likely to fall out of care, and who is less likely to fully realize the health and prevention benefits of HIV treatment.

In Ontario in 2015, it was estimated that 81% of Ontarians living with HIV were diagnosed, about 81% of those diagnosed were on treatment, and about 94% of those on treatment were virally suppressed.13 Based on these estimates, 62% of people with HIV in Ontario are virally suppressed. Another research study in Ontario found that only 76% to 80% of people linked to care were retained in continuous care at any point over a ten-year period from 2001 to 2011.14

Over time, improvements in the tolerability of antiretroviral medications, and changes in treatment guidelines are leading to more people living with HIV being able to access ART. Treatment guidelines now recommend that all people diagnosed with HIV should be offered treatment as soon as possible because this has been shown to produce better overall health outcomes. The Association of Medical Microbiology and Infectious Disease Canada (AMMI) recommends that: “In Canada antiretroviral therapy (ART) should be initiated in all adult persons living with HIV-1 infection as soon as a diagnosis of HIV infection is confirmed and regardless of CD4+ count.”16

There have been increases over time in the overall proportion of people living with HIV in Canada who achieve a suppressed viral load while taking ART.14,17,18 A large study of more than 100 sites in Canada and the United States found that, in 2009, 93% of people in the study who initiated ART had a suppressed viral load after one year, up from 84% in 2001.17 Studies from Ontario3 and B.C.18 have also demonstrated significant increases in viral suppression over time among people on treatment. The proportion of people on treatment with a suppressed viral load increased from 74% to 99% between 2001 and 2011 in the OHTN Cohort Study,14 and from 48% to 94% between 1997 and 2010 in B.C.18

Still, research has found that certain populations and subgroups in Canada may be less likely to attain or maintain a suppressed viral load, even if they have started treatment.

Rates of viral suppression once on treatment

The following sections will review evidence that shows disparities in rates of viral suppression once on treatment among different populations in Canada.

*Note that these studies did not report results for transgender people and the data below refers to cisgender women and men.

People who use injection drugs

Many studies have found that people who use drugs are disproportionately less likely to have a suppressed viral load while on treatment.15,19,24 A study of HIV-positive individuals in B.C. found that, in 2011, people who inject drugs had the lowest rates of suppression while on treatment, compared to other populations.15 For example, while 92% of MSM on ART had a suppressed viral load, only 73% of people who inject drugs were suppressed.15 Among people who inject drugs and were on treatment, females and people under 30 years old were the least likely to be suppressed.15 A Canadian cohort study from B.C., Ontario and Quebec found that 73% of people with a history of injection drug use and 89% without a history of drug use achieved an undetectable viral load while on ART.19 In this study, people who had ever injected drugs were 42% less likely to have an undetectable viral load after starting treatment.19 Research from an ongoing prospective cohort study of people who inject drugs in Vancouver identified some of the factors that contribute to a lower likelihood of viral suppression among those who have taken ART. Homelessness,25,26,27,28 eviction,29 participation in sex work30 and other forms of criminalized income generation,31 self-reported hunger,32 and younger age33 were all associated with a lower likelihood of having a suppressed viral load among HIV-positive people who inject drugs in Vancouver. Participation in opiate substitution therapies,26,28,34 a more experienced treating physician,35 and high adherence to treatment28,33,36 were associated with a greater likelihood of being virally suppressed.

Gay men and other men who have sex with men

Although it is estimated that, overall, a high proportion of MSM achieve viral suppression when on treatment,15,37 disparities exist between MSM based on socio-demographic characteristics. Among HIV-positive individuals on ART in B.C. in 2011, 92% of MSM had a suppressed viral load, but only 84% of MSM who inject drugs were suppressed.15 Among MSM (without a history of drug use), the proportion on ART with a suppressed viral load ranged from 83% for those below 30 years of age, up to 93% for MSM aged 50 or above.15 A retrospective analysis of MSM who started ART between 2000 and 2012 in B.C., Ontario and Quebec found that 86% became undetectable after a median time of five months.37 However, MSM who became undetectable were less likely to have a history of injection drug use and more likely to be older than those who had a detectable viral load.37

African, Caribbean and Black (ACB) populations in Canada are poorly represented in available literature on the HIV treatment cascade. One study using data from B.C., Ontario and Quebec found that, among people starting ART between 2000 and 2012, 80% of ACB participants were undetectable after one year, compared to 77% of Caucasian participants.22 ACB participants were 11% more likely to have an undetectable viral load one year after starting treatment, compared to Caucasian participants.22

Impact of the social determinants of health

Certain socio-economic characteristics may influence a person’s likelihood of getting to or maintaining an undetectable viral load. We understand this concept as the social determinants of health (SDOH). These are the range of social, economic and environmental factors (such as poverty, housing instability, or social isolation) that can influence the health status of individuals or populations. Many of these inequities impact certain populations disproportionately because they are related to broader issues such as stigma, homophobia, racism and colonization. We know that SDOH can make a person more vulnerable to HIV infection, and they can also make it difficult for a person to access and use services across the HIV treatment cascade.

Once a person has started treatment, the main reason for not having an undetectable viral load is low or inconsistent adherence to ART medications. Social, structural and environmental factors can present challenges in daily life that may interfere with a person’s ability to adhere to their HIV medications, which affects their ability to become or remain undetectable.

One qualitative study of people who inject drugs in Vancouver helps to illustrate this point. The study examined the perspectives of people who had recently experienced viral rebound (when the viral load increases to detectable levels among individuals on ART who were previously undetectable) to better understand why their viral loads did not stay undetectable.39 The study found that the participants had previously achieved an undetectable viral load, regardless of ongoing drug use, by establishing routines to help maintain daily ART adherence. The viral rebound episodes were associated with external factors that disrupted regular routines, such as housing transitions, challenges in managing co-occurring health issues (for example, mental health issues), and increases in drug use or involvement in the drug scene.39

Why is this important for HIV service providers to know?

The message that “undetectable equals untransmittable” (or U=U)40 has gained popularity, as service providers and clients are increasingly becoming aware that people living with HIV who maintain an undetectable viral load won’t transmit HIV to their sexual partners. The U=U message can help people living with HIV understand the prevention benefits of having an undetectable viral load, and can provide an additional incentive for starting treatment and maintaining treatment adherence.

When promoting U=U, it’s important to tell clients about how to make this strategy work for them, but keep in mind that not all people living with HIV have an undetectable viral load. Some people face challenges in being diagnosed, accessing care, continual engagement in care, accessing treatment, and being adherent, in order to achieve and maintain an undetectable viral load over time. Addressing these challenges is key to improving the health of people living with HIV but also realizing the prevention benefits of treatment.

Once on treatment, some people may require more support than others, but most can maintain an undetectable viral load if they are able to take their HIV treatment as prescribed by their doctor and have a drug combination that is effective against their strain of HIV.

The research evidence described above suggests that people with intersecting marginalized identities (such as women or Indigenous people who use drugs, and younger MSM) may face greater challenges in becoming or staying undetectable once on treatment. With this knowledge, service providers may want to consider how they can tailor adherence support programs when clients are socially and/or economically marginalized.

However, we know that increasing the overall proportion of people living with HIV who have an undetectable viral load means supporting clients to access multiple services and supports along the entire continuum of care.

Some novel programming approaches that are shown to be effective can be found in CATIE’s Programming Connection. Some examples from within this collection are non-clinic based testing programs; linkage-to-care programs; programs in HIV and hepatitis C care for Indigenous peoples; and health navigation. While adaptation and implementation of these programs may not be feasible, it may be possible to integrate some of the key elements into current programming.

For a discussion on the issues related to getting an undetectable viral load, see Views from the front lines: Getting to undetectable.

Camille Arkell is CATIE’s Knowledge Specialist, Biomedical Science of Prevention. She has a Master’s of Public Health degree in Health Promotion from the University of Toronto and has been working in HIV education and research since 2010.