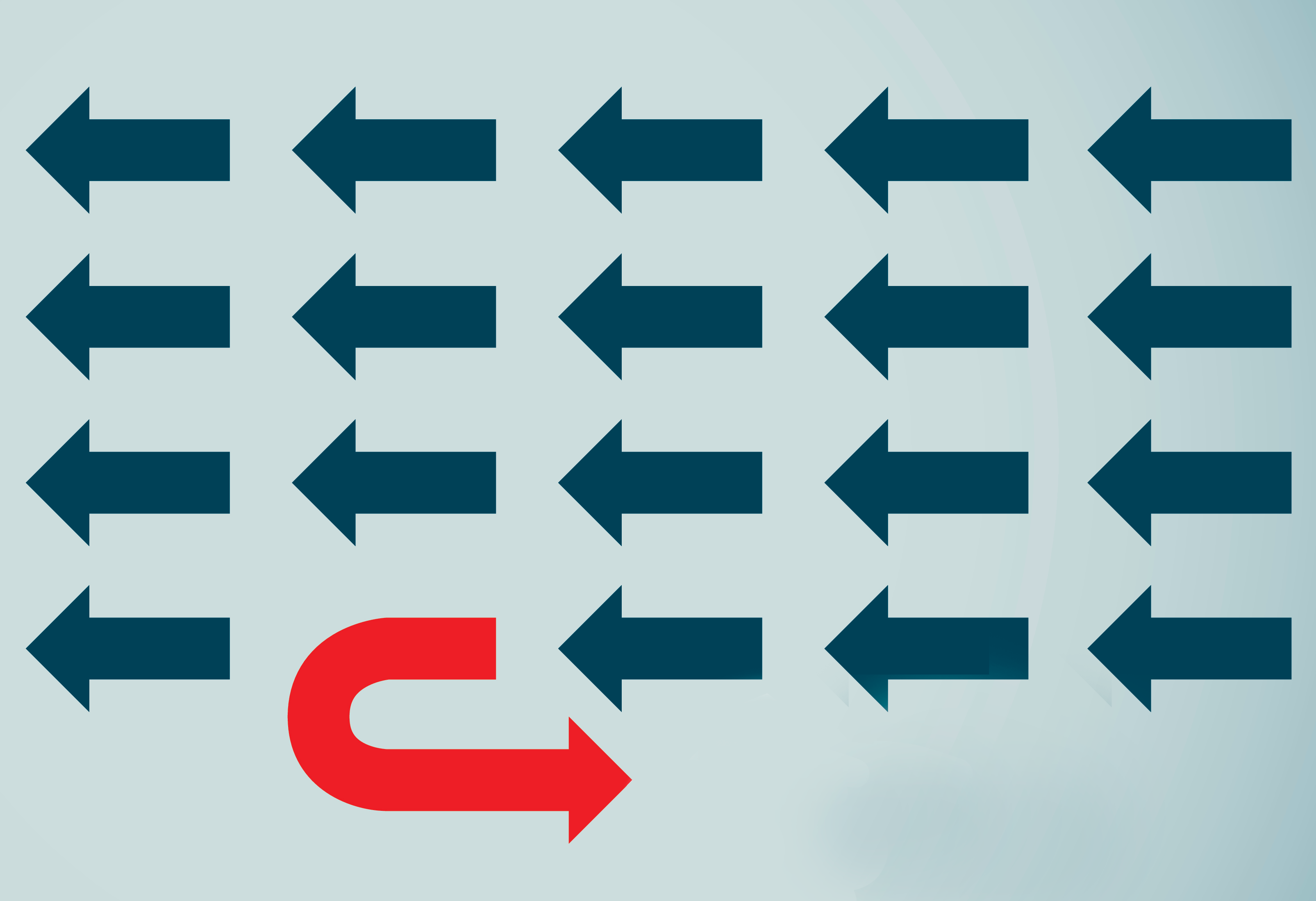 There is now strong evidence that direct-acting antivirals (DAAs) can cure the vast majority of people with hepatitis C with successful outcomes across all population groups, including people who inject drugs and people co-infected with HIV. This has led to the hope that hepatitis C can be eliminated as a public health threat.

However, DAAs do not protect against re-infection. If an individual is cured of hepatitis C or spontaneously clears the virus, they can be re-infected with hepatitis C if they are exposed to the virus again. There is an emerging concern that re-infection may compromise the benefits of DAA treatments and pose a challenge to eliminating hepatitis C. Some clinicians and policy makers are reluctant to spend the high cost of treatment on individuals who they believe are likely to become re-infected. In Canada, we are just beginning to expand access to DAAs, we have yet to see how re-infections will be addressed in policy and programming, and there is very limited research on re-infection in the context of DAAs. This article will examine the realities of re-infection rates across two priority populations and explore effective responses.

Direct-acting antivirals can cure the vast majority of people with chronic hepatitis C.1,2,3 There was originally some concern that DAAs may be less effective, safe and tolerable for some priority populations, including people who inject drugs and people who are co-infected with HIV. There is now strong evidence to suggest that DAAs bring successful outcomes across all population groups with similar cure rates to the general population.2,3

The effectiveness of DAAs has led to optimism about the possibility of eliminating hepatitis C. However, broad-scale treatment efforts across priority populations are now being met with a new concern of re-infection. If an individual clears the virus (either through treatment or spontaneous clearance) they can become re-infected with hepatitis C if they are exposed to the virus again.2,4,5 There are those who believe that this may post a challenge to eliminating the virus.3,4,5,6,7,8,9 These concerns make some physicians and policy makers reluctant to treat certain populations who may be at high risk of re-infection.4

What do we know about hepatitis C re-infection?

Two of the routes of hepatitis C transmission in Canada are sharing needles/syringes and other drug use equipment, and high-risk sexual practices among HIV-positive men who have sex with men (MSM). As such, people who inject drugs and MSM are the main two priority populations at risk of re-infection for hepatitis C. This section will explore re-infection rates in these two populations.

It is important to note that studies of re-infection after successful hepatitis C treatment among people who inject drugs are limited by small sample sizes, retrospective study designs, incomplete longitudinal follow up, and a lack of sensitive methods. Also, almost all of the studies examine re-infection after treatment with interferon-based regimens as opposed to the newer DAA treatments. Although some evidence is beginning to emerge related to re-infection following treatment with DAAs, there is very limited data to date.11

An ongoing three-year observational study in Australia (of patients who have achieved a cure with new DAAs found a similarly low re-infection rate of 2.3 infections per 100 person years.9,15 The participants in the study (including those who continue to inject drugs) were enrolled in opioid substitution therapy. This is the only study to date with reported data on re-infection in the DAA era.

Risk of re-infection has been shown to vary depending on the local background epidemic among the group of people who inject drugs.14 It has been demonstrated that in communities with higher local background levels of hepatitis C, people who inject drugs are likely to have a higher risk of re-infection. This is because they are more likely to be exposed to the virus if they participate in a community with a high prevalence of hepatitis C.

Sub-populations of people who inject drugs

Although on a broad scale re-infection rates across people who inject drugs are low, several studies have pointed to a higher risk of re-infection among particular sub-groups of this population. The broad category of ‘people who inject drugs’ is quite heterogeneous and encompasses people with a diverse range of drug use behaviours, as well as other risk factors. This broad category encompasses people who have only injected once, those who have ceased injecting, those who continue to inject, and people who have injected in a prison context.3,12,16 There is also a great deal of heterogeneity among people who continue to inject drugs. The frequency of injection can range significantly, and accessibility to clean needles and harm reduction services, including opioid substitution therapy, creates further distinctions between groups.2,11

However, screening for high-frequency injection drug use pre-treatment does not seem to be a strong predictor of re-infection16 because injecting behaviours can change post-treatment.16 Instead of screening before treatment, it may be more important to support individuals post-treatment to access harm reduction and support services to try to prevent re-infection. Some studies have found that younger age and lower educational attainment may be strong predictors of re-infection.16 Focusing efforts around this group  may help to support lower risk behaviours post-treatment.

Another important sub-population is people with HIV co-infection who inject drugs. The risk of re-infection among this subpopulation is 3.2 per 100 person years.12 It is unclear if immune suppression plays a role in re-infection for this population.12

There are a number of factors that may facilitate hepatitis C transmission among MSM. Sexual transmission is likely the predominant route of hepatitis C acquisition among MSM, especially among HIV-positive MSM.16 Hepatitis C viral loads are higher in semen, blood and rectal fluid in MSM with HIV co-infection,16 which may increase the likelihood that hepatitis C is transmitted sexually.16

Recreational drug use, in the context of sexual networks, commonly referred to as “chemsex” or Party and Play (PnP), is also thought to facilitate hepatitis C transmission among some MSM.5,6 “Chemsex” refers to the use of recreational drugs (injecting and non-injecting drug use before, during and after sex) to enhance sexual experience and to facilitate extended sexual sessions, often with multiple sexual partners. This puts men at high risk of hepatitis C infection and other sexually transmitted infections.5,6,8,19,20,21,22

The reported incidence rates of re-infection among HIV-positive MSM following cure5,11 are higher than in people who inject drugs.16 The cumulative risk of re-infection calculated from studies of MSM is 12.8 per 100 person years,16 compared to 2.4 per 100 person years for people who inject drugs.3 In the largest cohort of HIV-positive MSM in Western Europe, it was estimated that almost one-quarter (24.6%) of enrolled patients were re-infected within five years of cure. This amounts to an incidence of 7.3 per 100 person years, with the median duration to re-infection being two years.6 This study confirmed findings from numerous regional European studies. Many of these studies have underscored the importance of sexual networks among MSM, and that hepatitis C re-infection patterns are primarily occurring within existing sexual networks.5,6,8,16,19

In Canada we have generally seen lower rates of hepatitis C infection among MSM (both HIV positive and negative) than in Europe;7 however, the implications for the Canadian context are important and relevant to consider.

Despite the evidence, concerns about re-infection continue to be cited as a reason for withholding treatment to individuals at high risk of re-infection. However, there is strong evidence to suggest that offering treatment to the most high-risk individuals is the most effective and cost-efficient approach to achieving elimination of hepatitis C at both the individual and population level.16,19,23

Programming and policy implications: Re-infection in a new era of hepatitis C cure

As the uptake of DAAs become more feasible with the anticipated lifting of restrictions across Canada in the next few years, ongoing risk behaviours in some individuals after successful treatment means that re-infections should be anticipated and acknowledged. Acknowledgement of this reality without discrimination and further stigma associated with high-risk drug use and sexual practices is important. Service providers will undoubtedly see hepatitis C re-infection among some of their clients who continue to engage in high-risk sexual and drug use behaviours after successful treatment.

Re-infection confirms that community health programs are reaching, diagnosing, connecting to care and treating individuals at continued risk. If no cases of re-infection are seen, it is likely that those clients at the highest risk of hepatitis C acquisition are not being reached and treated.5,15,16,24

Individual-level prevention of re-infection should follow similar approaches to primary prevention approaches. Clients should be offered accessible and culturally appropriate information, education and counselling about the risks of transmission, infection and re-infection associated with drug use and sexual practices.

Suzanne Fish works at CATIE as the knowledge broker in hepatitis C, community health programming. Suzanne has an M.A in Political Economy and has spent the past 10 years engaged in health equity and community engagement initiatives with a range of social service agencies, community organizations and grassroots civil society groups around the globe. She has focused her research and social justice work on centring insights from lived experience and evidence-based interventions within project, program and policy-development arenas.